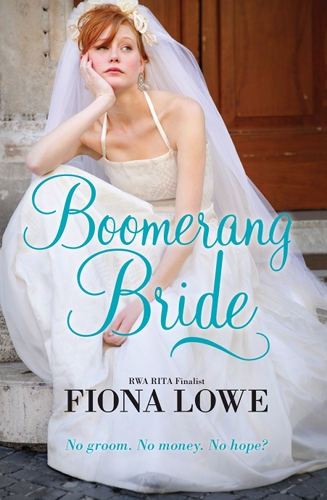 The night’s biggest success was Carina Press author Fiona Lowe, whose debut single title release, Boomerang Bride, scooped up the R*BY Award for Long Romance. Earlier this year, Lowe won the prestigious RITA for the same title—an achievement that seems even more spectacular given that her manuscript went through 38 agent rejections before being accepted by Carina Press.

Helene Young won the R*BY for Romantic Elements for the second year in a row with her Hachette title Shattered Sky, the sequel to last year’s winning book and winner of this year’s Australian Romance Readers Award for Romantic Suspense. The third book in the series, Burning Lies, has just been released with her new publisher, Penguin.

Capping off a successful night for Mills and Boon authors, Helen Bianchin received a standing ovation as she was named the inaugural inductee into RWA’s Hall of Fame.

The Romance Media Award went to Susan Horsburgh, whose piece, The Romance Queens, was published in the Australian Women’s Weekly.

For unpublished writers, the Emerald Award for Single Title Romance went to Michelle de Rooy for Breathless. The Emerald for Category Romance went to Carolyn de Ridder for The Hostage, and Jennifer St George placed second and third with two manuscripts, one of which was just published by Destiny. The Anna Campbell Encouragement Award went to Joanne Robertson.

Other RWA contest winners were also announced at the R*BY awards dinner. The Valerie Parv Award went to Bronwyn McEvoy for Fighting Fire. While presenting the award, Parv announced that she has just sold her first paranormal and that her film, Forever Diamonds, is in pre-production.

Shayne Sands won the Little Gems contest for Bali Sunset, and Diane Hester won the Single Title and Loving It (STALI) contest for Believe In Me. The Selling Synopsis contest was won by Eloisa Shannon for The Billionaire’s Secret Bride, and Marilyn Forsyth won the First Kiss contest with Farmer Wants A Life. The Mills & Boon High Five contest was won by Cornelia Kamp for Protecting The Black Widow.

The Lynne Wilding Meritorious Service Award, which recognises outstanding contribution to the RWA organisation, was presented to Helen Katsinis.

The R*BY awards were presented at the QT Hotel at Surfer’s Paradise as part of the Romance Writers of Australia’s annual conference. Congratulations to all the winners and nominees, and well done to the organisers, judges, presenters and master of ceremonies Trish Morey for a fantastic night of celebration!

Check out some photos from the dinner—well, after dinner—at our Flickr stream.