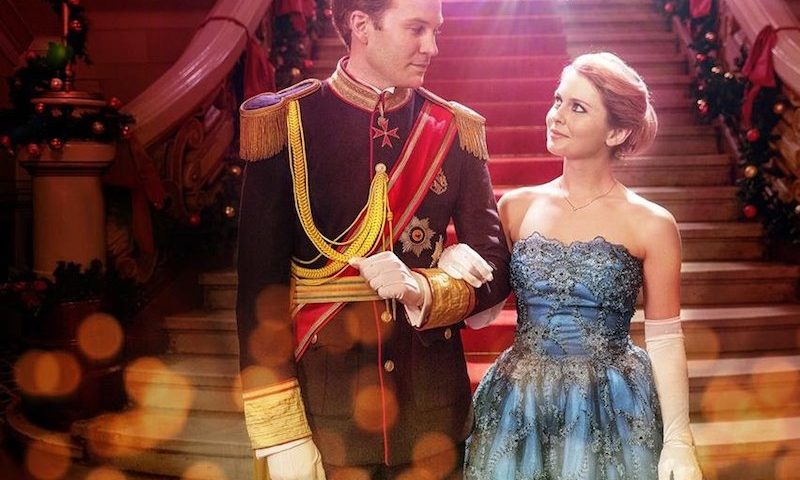 If you want to fall in love with a prince like in a Hallmark movie, here are 25 things you need to know.

I had to have one of my wisdom teeth out recently. I am possibly the worst person in the world at dealing with physical pain, so this was very traumatic for me.

However, I am also the worst person in the world at setting my work life aside, so I had to find some way of combining my convalescence (ie whimpering on my couch) with research.

For reasons of obvious Harry+Meghan topicality, royal romance is on my research agenda for 2018, so I found the perfect solution. In the past week, I watched basically every Christmas movie I could find featuring a prince falling in love with a commoner. Which is a lot.

But beyond that, I have learned exactly what it takes to be a heroine in one of these films. So if you want to fall in love with a prince like in a Hallmark movie, here are 25 things you need to know:

1. You are plucky, winsome, and have a brilliant smile more dazzling than the sun. You are definitely American, and definitely white.

2. You have a best friend, and guess what? She is not white! However, she does not have a life beyond her existence as your support system and sounding board.

3. You are either up for a promotion or down on your luck. If the former, you’re wondering whether that career was really the right choice for you. If the latter, you’re soldiering on bravely, possibly to support your widowed father or (NOT AND) younger siblings.

4. If you meet a dude with a British accent, he is a prince.

5. If you have been dating a dude with a British accent for several months, he is a prince.

6. It doesn’t matter whether you’ve known him for two seconds or two years. If he has a British accent, he’s a prince.

7. Okay, fine, there are dudes with British accents who aren’t. They are butlers or valets. You can tell that they are in service because: a) you are not attracted to them; and b) they are named something like ‘Paisley Winterbottom’.*

8. Princes will never tell you they are princes. You will find this out accidentally. Despite the fact that this is a rather large secret to keep, you will forgive them almost immediately.

9. There are innumerable small principalities in continental Europe with eligible princes. Their royal families have British accents, and exclusively speak English.

10. These principalities are the size of a single mountain, with a castle at the top and a colourful postcard village trickling down the hillside.

11. Apart from one establishing shot of this castle-topped mountain, all you will see of this principality are: a) a ballroom; and b) a breakfast table, where the prince will get scolded repeatedly by his parents.

12. Despite the fact that these principalities are about the size of a postage stamp, they are able to sustain a full complement of aristocracy. Including marquesses. So many marquesses.

13. Even though the principalities are miniscule and the monarchy seems to be largely ceremonial (enough so that the next in line for the throne can disappear to the USA for months at a time, anyway), the prince is expected to make a dynastic marriage.

14. The lady the prince is expected to marry is: a) handpicked by his mother; b) probably a duchess; and c) definitely a terrible person. If you are brunette, she is blonde, and vice versa.

15. Despite this strong push for dynastic marriage, you are so charming and winsome and wholesome that no one will have any problem with the prince ultimately deciding to marry you instead, even if he’s only known you for three days.

16. You are universally adored by the prince’s staff. You may experience some resistance from the (female) housekeeper, but you will win them over by teaching them the true meaning of Christmas.

17. Similarly, you may experience resistance from any younger (female) relatives, but you will win them over immediately, by: a) decorating a Christmas tree; b) going snow-sledding; or c) both.

18. All miniscule European principalities with eligible princes have a Christmas Eve ball. No exceptions.

19. If the prince chooses to spend Christmas in your small town instead of attending this ball, there will also be a dance (possibly in a barn). Christmas Eve = dancing. No exceptions.

20. You can win a prince’s heart by standing in a fancy dress at the top of some stairs until everyone looks at you.

21. It is absolutely acceptable for a prince to ditch his aristocratic betrothed, and then immediately publicly make out with you, his new winsome American girlfriend.

22. Seriously, it’s so acceptable. There are no political ramifications, and no one will come up and tap you on the shoulder and be like, Ummm, guys, don’t you think it’s a bit soon for this? even though the prince has been incredibly worried about THE PRESS (dun dun dun) your whole relationship.

23. The true meaning of Christmas is tied closely to your Americanness. The prince never really enjoyed Christmas until you showed his handsome European arse how it’s done.

24. Despite this, you have no qualms about leaving the USA to be the princess of a miniscule European principality. Neither does anyone you know. They will probably move there with you.

25. It is entirely possible for it to snow while fireworks are going off. You won’t notice, though, because you’ll be too busy snogging the face off your new prince fiancé.

Good luck finding your princes, people. May you find the Harry to your Meghan.

(Meghan Markle, incidentally, has a Hallmark movie under her belt. Tragically, it is a small town 4th of July movie and not a Christmas prince movie. Imagine how on-the-nose that would have been.)

Kat’s note: Markle apparently has two Hallmark movies under her belt. You can watch the trailers here.

* For realsies. This is the actual name of the butler in A Princess for Christmas, which stars Sam ‘Jamie Fraser’ Heughan as the requisite prince.