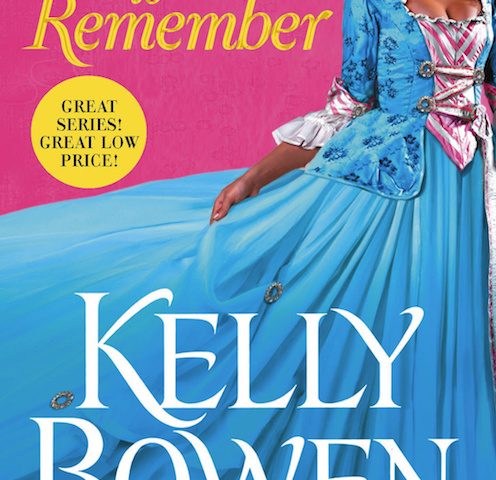 If you’re looking for something fun and witty, or if you like Scandal (the TV show), this series is for you.

Or: Dear god, Wandergurl has written a review!

I hardly read romance anymore (as evidenced, likely, by my lack of posting). Kelly Bowen [ T | F | W ] is the one new author I picked up last year, and has kept me reading: I now make the library order her books for me. (Yes, you can do that — it’s called ‘Suggestions’. I love my library.)

Elise de Vries works for Chegarre & Associates — basically, the Regency version of the gladiators from Scandal [ Amz | iT ] (ie discreet fixers who handle indelicate affairs). She is tasked with finding the missing Duke of Ashland, believed dead since he was ten years old. Noah Ellery escaped from the prison of his dukedom (hint: there is way more to this than I’m writing here) when he was in his teens, and he is not about to go back, not after the way he was treated. Can Elise bring him back? And what happens when she reveals who she really is?

I love this series because I find it unconventional for a traditional romance. The women aren’t afraid to say their minds, they aren’t really virgins, and the guys aren’t such idiots. There’s a lot of fun and witty banter, and the settings are both typical and unusual at the same time. Also, there are a lot of dukes. (I don’t think there are this many dukedoms in England, but hey, let’s just go with it)

If you’re looking for something fun and witty, or if you like Scandal, this series is for you. The first book, Duke of my Heart [ BT | Amz | iT ]. was also entertaining, and OMG he did not propose in the end (although they are married by book 2). The third book, Between the Devil and the Duke [ BT | Amz | iT ], came out earlier this year, and I’m looking forward to the rest of this series.