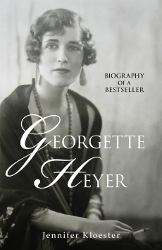 Congratulations to Liz, who won a signed copy of The Piper’s Son by Melina Marchetta by telling us her favourite song by a band, That Girl by McFly:

The song is very summery, bouncy, happy feeling whenever you listen to it… Whenever I’m frustrated or anxious about something, or maybe even sad, this song is always, always, always on repeat… In a way the song is like one of my best friends who knows how to make me smile instantly.

There were some excellent answers, so thanks to everyone who entered!

ARRA is conducting its annual reader survey. The questions are designed to provide some insight into Australian romance readers and our reading habits.

Anyone who reads romance and lives in Australia is welcome to answer the survey: https://www.surveymonkey.com/s/CXFTT2M. The survey closes October 13 and the results will be published by ARRA.

This news is over a month old, but I totally forgot to include it as a news item. Random House has begun releasing out of print Loveswept titles as ebooks. The imprint will release one title per month, but it sounds like that could increase, depending on demand. The first original title to be released under the imprint is scheduled for October, and Random House plans to release 6-12 original ebooks each year. A new biography of Georgette Heyer is coming out next month, and this one is written by an ustralian author, Jennifer Kloester. Georgette Heyer: Biography of a Bestseller will be released October 6 in Australia and the UK. New Zealand release is December 1 and the US release will be some time in 2012.

Kloester will be speaking at Dickson Library (Canberra) on October 3, and doing book signings in Sydney (Dymocks, 1/10), and Melbourne (TBC, 8/10). She’ll be in Brisbane, Adelaide, Hobart and possibly New Zealand in 2012 . (Sources: ARRA, Word Wenches and the author’s website)

I was sorry to hear that Australian fantasy author Sara Douglass passed away last Tuesday. She had been battling ovarian cancer and wrote a very powerful, moving and defiant essay, The Silence of the Dying. Friend and fellow author Karen Brooks wrote a beautiful obituary on the Voyager blog. Make sure you have a box of tissues handy.

You may have noticed that the Kindle is now available at your local Woollies, Big W and Dick Smith shops. New Zealand readers can get them from Countdown supermarkets. The local prices are slightly more expensive, but perhaps that’s the cost of being able to yell at whinge to a real person if the device gives you the shits. :-) (Source: CNET Australia)

Speaking of the Kindle, the new model will set you back a minimum of AU$137 (6-inch, Wi-Fi, no touch screen), which includes delivery. I’ve updated my previous post on the new models with a reminder that the ad-subsidised models are only for US customers. (Source: @Tim_Coronel)

Amazon has begun trialling library ebook borrowing through the Kindle. The trial is being rolled out to all OverDrive partners in the US. Check out The Digital Reader post for a brief discussion on usability and licensing. And check out Librarian by Day for a discussion on why it’s potentially a bad deal for libraries.

And now, after all those Kindle-related articles… This article takes a look at working conditions inside an Amazon (US) warehouse. Maybe it’s one of the reasons they won’t set up an Australian distribution centre. I like to think we’re a little kinder to our workers here.

Men of the Stacks

Who needs a fire fighter calendar when you have…librarians! Because librarians are hot, of course! Proceeds from sales go to the It Gets Better Project. (Source: @VaVeros)

In case you haven’t seen it…

So…what do you guys think of the casting? And do you think the love triangle will drag on in the film/s, too?