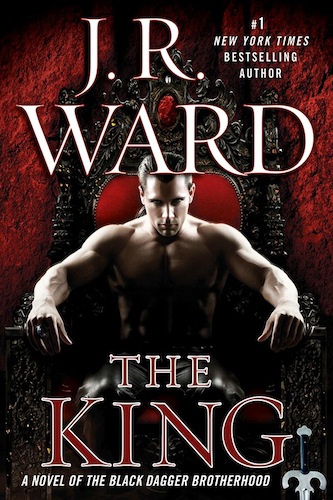 Tidbits about book 12 of the Black Dagger Brotherhood have been released by author J. R. Ward, and it’s going to be a little different from the previous books! Black Dagger Brotherhood author J. R. Ward posted this video on her Facebook page from the Cincinnati signing confirming that the next book in the series will be called The King and definitely isn’t going to be about Xcor. It will be about Wrath and Beth having a baby.

Ward has hinted in the past that there were going to be novellas for Wrath and Beth as well as Rhage and Mary and their journeys to parenthood. With Lover at Last beginning its life as a novella, it looks like we may be able to hope for full-length novels for both couples, especially since she’s hoping to return to each couple by giving them their own books again.

The King will be released in around a year’s time in the US spring 2014.

Official spoilers from the signing were posted on Ward’s Facebook page here and it’s given us a lot to speculate on.