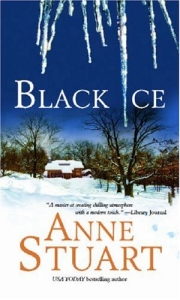 Chloe Underwood is an American translator struggling to make ends meet in Paris. Chloe leads a fairly mundane life, and she longs for a little more excitement.

Bastien Toussaint is an undercover operative posing as an arms dealer, who has been in the business for so long that he no longer has a “regular” life. Ruthless and amoral, he will do what it takes to get the job done.

Chloe takes a last-minute job translating for a group of business associates who turn out to be Master Criminals, except for Bastien who’s there as a spy for the, uh, Well-Intentioned Guys. Sort of. When Chloe is discovered snooping around, Bastien risks his cover to save her from a very painful and bloody fate. On the run, Chloe and Bastien find themselves drawn to each other. But can Bastien extricate himself from the only life he knows to be with Chloe, and will Chloe live long enough to convince him?

A jealous ex-lover, torture (mostly off-scene), dead people–lots of them.

I love inscrutable heroes and Bastien is certainly that. I never quite knew what he was going to do or say. He’s a lot more brutal and morally ambiguous than I normally like my heroes to be, but Stuart makes it work. Being good at his job comes at a price, and I’m glad that Stuart doesn’t suddenly turn him into a wimp just because he meets Chloe. In fact, he spends much of the first half of the book wondering if and when he would have to kill her. I love the way Stuart conveys his emotions without emasculating him. Even at the very end, Bastien kept me on tenterhooks.

And then she remembered. “You hit me!”

“And I’ll do it again if you don’t stop yammering,” he said in a sleepy voice. “I did it to save your life. You were making such a fuss someone could have overheard you.”

“Then why would you do it again?”

“To keep me from killing you.”

The romance–it’s subtle, it’s tender, it’s sometimes sweet … but it never wallops me on the head. Stuart writes these scenes in a way that fits perfectly with the story and the characters. There are no hysterics, no passionate declarations of undying love. I’m a sucker for restrained passion. They give me goosebumps. *g*

“If we’re going to die there’s no harm in telling me pretty lies,” she said. “In the end it won’t matter, and I’ll die happy.”

“It’s because we might die that the truth is particularly important,” he said, making no effort to touch her.

“And telling you that I care about you is a waste of time. I wouldn’t have crossed the ocean, come out of hiding and tracked you down if you didn’t matter to me.”

Her smile was tentative, so sweet that if he had a heart it would have broken in it. “Then come up with a better lie. Tell me you love me.”

The interaction between Chloe and Bastien. Sure, she hovers on the brink of being TSTL at times, but she challenges his behaviour enough to save her from doormat territory. And even though he’s borderline psychotic, he shows her quite a bit of tenderness and humour in his own way.

“Did you hear anything interesting?”
…
“Only that I’m a deal breaker.” She came into the room, keeping the sheet around her. “Are you trading me for something?”

He turned his head to look at her, and there was no mistaking the faint light of amusement in his eyes as he surveyed her outfit. “I’m trading you for two ox and a bunch of chickens.”

“You forget, I was in on those meetings. That probably means two stinger missiles and a bunch of Uzis.”

There’s a forced seduction scene that I would call borderline rape. If you don’t think the phrase “Get away from me” doesn’t equate to a big fat NO, then your mileage definitely varies from mine. Having said that, the scene is framed in a way that makes it understandable if not entirely comfortable for me. (Basically, he thinks she’s a spy and withholding her orgasm is his form of Veritaserum. It kind of sounds silly now, but anyway…) What really irritates me is a scene later on in the book where she calls him out for what he did and his response is, “I don’t seem to remember you ever saying no.” Although the contrasting tenderness in Bastien’s lovemaking later in the book is enough to redeem his earlier actions for me, I would have been happier if he explicitly acknowledged that what he did was borderline.

The machinations of the Committee (the organisation that Bastien worked for) feel a little convoluted to me. I found myself skimming parts of the second half of the book and just concentrating on the scenes between Bastien and Chloe because by then there were just too many bad/ambiguous characters to keep track of.
Chloe, as I mentioned, borders on being TSTL. Maybe Stuart wanted to give her a bit of spunk, but honestly, there were times when I wondered what kind of idiot would do what she just did. Having said that, for the most part, Chloe keeps a sensible head and considering the number of TSTL heroines out there, particularly in romantic suspense, I don’t think she was that bad.

The bad guys (and ladies) are cardboard cutouts. For people who should have been a lot more subtle and sophisticated in their methods, they degenerate to the point of farce, particularly towards the end of the book.

The fatal attraction scenario at the end. The villain recovers too quickly from grave injuries sustained only a few weeks before, and it’s just all too over-the-top for me. For a master criminal, the villain feels too emotionally unstable for me (not just at the end but throughout the book).

This book is not overly romancey so it would probably be a good book to foist on friends who view the romance genre with suspicion. Having said that, the bad guys do seem much too undisciplined and overly emotional at times. If you like subtle action and thrills, you might find the final confrontation with the baddies disappointingly overdone. But I do love the way Stuart weaves the romance between Bastien and Chloe into the plot in a very poignant and subtle way. This was my second attempt at reading Black Ice, and I’m glad I gave it another go.

This book is first in a series of connected books and is followed by Cold as Ice and Ice Blue. Click here for an excerpt.