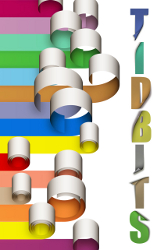 I’ve been meaning to post a regular round-up of interesting links and news from Twitter and various loops and mailing lists I’m on. Here are some recent tidbits.

The folks from Boomerang Books has launched an ebook shop, Booku (pronounced book-oo). Click here for their romance catalogue. It’s not very extensive, but a new player in the local ebook retail market can only be a good thing.

Avon has launched a new digital imprint, Impulse, which will publish one book each week, starting next week. Their first title, a novella, goes on sale next week: A Lady’s Wish by Katharine Ashe.

A manifesto for romance readers

Kate Cuthbert wrote a brilliant essay for the New York Journal of Books on Why I Read Romance. If you’ve ever suffered from book shame, or have had to justify your reading preferences to anyone, this is a must read.

Mills and Boon author Paula Roe was interviewed by Deborah Cameron on ABC Radio’s morning program. You can listen to the podcast here: How to write a romance novel!

Every week on Twitter, readers from South Pacific and surrounding Asian countries are invited to participate in #spbkchat. You can find out more information from the website, including round-ups of past discussions. Tonight’s chat will focus on the fantasy genre.

Last month, science fiction romance author Linnea Sinclair announced that filming has begun on an adaptation of her book, The Down Home Zombie Blues. Great news for Sinclair fans.

Nyssa (@awritingjourney) is looking to start a spec fic bookclub to be held at Galaxy books. Let her know if you’re interested!

The Associated Press released an article, Online Romance? Publisher Starts E-Romance Imprint, announcing Avon’s new digital only imprint, Impulse. This line has ruffled a few romance feathers: ‘The digital market has been especially strong for romance fiction, in part because fans can read e-editions in public without fear of embarrassment.’ As someone on Twitter (not a romance reader, but someone who was discussing this issue with me) observed, it’s ‘the righteous outrage of the unfairly accused.’ Let’s face it. We’ve heard the same comments from authors, bloggers, publishers and readers. Not everyone has an issue with romance covers, but I’m fairly sure hiding covers is a benefit that many appreciate.

March 8 was International Women’s Day, and there was much discussion on sexism in literary reviews. A survey of US and UK literary publications revealed that women authors are underrepresented in reviews. Why are women missing from the literary pages? by Kirsten Tranter provides a good introduction to the debate. ABC Radio’s The Book Show covered a similar topic in Who’s writing literary reviews? I haven’t had a chance to listen to the podcast, yet, but I’ve heard that may get be…aggravating.

The SMH recently published an article, Books get the shove as university students prefer to do research online, revealing the University of NSW’s policy of culling their collections. Critics seem to focus on several issues: people weren’t given a chance to salvage the books and papers being removed; spaces are being modernised a la Starbucks to form collaborative spaces; libraries should be about preserving books.

My feeling? The critics sound like fuddy-duddies who resent books from their disciplines being thrown into the dumpster. Fair enough; the library might have given people a chance to keep books they wanted. But to complain about modernising spaces for students to collaborate? As some librarians on Twitter commented, the library is in the business of facilitating access to the right information—not preserving old newspapers. If a book hasn’t been borrowed in two years—and remember this is a university library—then it’s probably a waste of space, don’t you think?