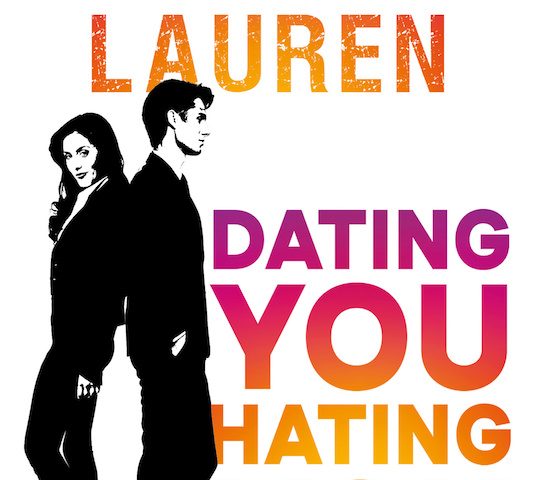 I have to begin by saying that I think Christina Lauren [ T | F | I | W ] have come a looong way since their debut novel Beautiful Bastard [ BT | Amz | iT ].

A few couples across the room who had been engaged in a group convo but are now staring at where I’ve just brought singledom into a party clearly meant for pairs.

Honestly if that was the first book I red of theirs I would have written them off long time ago. But luckily I started my Christina Lauren experience with Beautiful [ review ].

Dating  You, Hating You had it all! The right amount of comedy, lust, romance, steamy love scenes and plot twist.

This is the story of Evie and Carter the ambitious and talented Hollywood agents. Evie has been single for as long as she can remember, but isn’t sure if it’s because of the fact that she is married to her work or because there just isn’t a suitable candidate. Well she is very picky!

Enter Carter a friend of mutual friends who has recently moved to LA from New York, to pursue his dream job.
They meat at a party and soon realise that they are the only single people at the event, clearly a clever ploy by their mutual friends to set them up.

They are very much into each other, and things start really well between them. A few weeks later, their agencies merge and that is when thinks really kick off!

First, this book is FUNNY. I was in tears from laughter several times. I mean uncontrollable laughter, with the hubby looking at me with confusion and saying, ‘It can’t be THAT funny???

When their agencies merge, the two are very conflicted on how to proceed as their blossoming romance turns into an all-out war of sabotage.

The book is written from both of their points of view, and I loved how the inner turmoil is so well described that you are truly taken on an emotional journey of pant up emotions, frustration and understanding.

As much as I try to avoid this way of thinking, it’s hard not to be cynical. Like every single woman my age, I’ve been fixed up, from the bar scene to the book club and everything in between; had plenary of spectacularly bad one-night stands; and test-driven my fair share of dating sites. Personally, I’d rather die alone in a house full of cats in tiny matching sweaters then ever attempt any of it again.

One of the most important romance novel traits is to build the emotion, the angst, and the lust to a level where you, as the reader, can’t put the book down until you get that satisfaction of the characters finally getting together. That is why I find that many authors who begin their novel with a a hook-up structure their story to revolve around what I call ‘bold and the beautiful drama’.

You know what that is: it’s the inconceivable dramatic events that are too far-fetched and too Hollywood. I mean, Brooke was married (and had kids) with every man on that show!

Well, Christina Lauren successfully took the early hook up-angle and successfully re-built the characters’ angst and lust angle and took all of their readers on this journey.

I was rooting for Evie and Carter.

The second point I’d like to make is that I love Carter’s character!

You feel his inner turmoil throughout the whole book. Should he step in and be the saviour, or let Evie fight her own battles? You truly see that there are two sides of every story, and in the end I felt he was a well-rounded character.

Evie and I could totally be best friends. I see a lot of myself in her — hardworking and determined. I like the diversity she fights against to prove herself, to overcome judgment, pressure, stress and sexism. Despite everything that is thrown at her, she stays true to herself to overcome her situation.

There is so much more I could write on this book, the depth of the plot, the well thought out twist, the very true depiction of single life in 2017, and so much more, but instead I suggest you read this book and find all this out for yourself.

I truly see this book being made into a blockbuster movie, and just for fun I see Emma Stone as Evie, Matthew Bomer as Carter and James Spader as Brad.

Content advisory: Be careful if you have abdominal stitches

You can find an extract of the book here. Published by Hachette Australia.