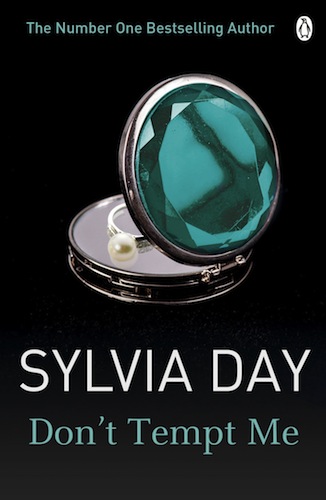 When a story has multiple characters with names begin with the same letter, I have trouble telling them apart. Whether it’s an Adam and an Anthony or a Margaret and a Mandy, I’m screwed and will be flicking back pages to check which is which.

THIS BOOK HAD A LYNETTE AND A LYSETTE. ONE LETTER! That was the ONLY difference!! I swear, I had no idea who was who even when I had put the book down. I was flicking back and forth and it didn’t even help. So that didn’t put me on a good footing with this one.

Lynette Baillon (yes, I had to check it was the right one) has lived a privileged life with her family in Poland. She’s wealthy, well-bred, and beautiful. However, tragedy befell her when her sister died in a horrible carriage wreck two years ago. Since then, she’s curbed her wild and untamed nature to be more like her beloved, calmer twin. Lynette’s mother, Marguerite, has been mourning her lost daughter ever since. Her daughters were all she had. She’s trapped in a loveless marriage, and the birth of her twins permanently scarred her womb so she was unable to bear any other children.

Lynette is now of marriageable age and she should be looking for a husband, but she’s enchanted with thoughts of Paris, a place that she’s never been since her mother escaped to Poland before her birth. So when her mother decides to make a trip to Spain, she begs to make a detour to Paris. And her mother relents. Just to see that spark again in her surviving daughter’s eye…

Once there, it’s all super hush-hush and Marguerite meets up with her friend, the courtesan. The courtesan then convinces Marguerite to allow Lynette to attend a scandalous party and, strangely enough, mother relents. So Lynette goes to this party and catches the eye of dashing, incomparable, GORGEOUS, Simon Quinn who happens to mistake her for Lysette Roussaeu, a skilled French assassin. Simon has never felt attracted to Lysette but for some reason, tonight, she’s making his pants sing. What follows is a huge fuck-around of mistaken identity, sexy times, confused characterisation, and impressive cockstands.

This book didn’t have the strength that Passion for the Game had. I really liked Simon as a character but for some reason, his transition to ‘hero’ status wasn’t convincing. I loved his irreverent attitude and the absolute adoration he had for INSERT NAME HERE in Passion for the Game. He was loyal to a fault and had this big, brawny Irish persona that normally works super well for me. And there were glimpses of it but since he entered into a life of spying and subterfuge after the first book and he was leaving that life behind at the beginning of this book, it was almost as though I missed out on a huge part of his life. And the two puzzle pieces that I was given to work with didn’t fit together.

I felt this way about Lysette as well (the twin, not the heroine). In the previous book, she had been painted as this femme fatale who was a danger to whatever man she met. She was painted seductively, and that was her role in this book, too, but she was also considered the ‘quieter’ twin. She was more practical and reserved, where Lynette was romantic and flighty. Lysette would wear pastels and that hadn’t changed when she became a spy. But this delicate appearance didn’t match with her reputation. I’m not saying that you can’t have a sweet, unassuming woman who could easily kick your arse and slit your throat. That’s totally possible. But there were two Lysettes—and it does fit into this idea of her being ‘touched’, but also, I think it was more poor characterisation and consistency on the author’s part.

As for the heroine… Lynette was cool because she was sassy and she wasn’t afraid to tell Simon how much she wanted him. I liked that. What I didn’t like was the way her character didn’t have solidity. She was constantly flitting between being the vivacious flirt she was before her sister died, and the more subdued and withdrawn replica. She’d come out with these one-liners and I was left confused because there hadn’t been any hint of that before. Again, this came across as inconsistent writing as opposed to depth of character.

The beginning of this book started out so well. It was full of intrigue, and the plot seemed masterfully crafted. I loved the complexity of it all and the layering of subplots. There was one scene near the middle of the book where Lynette and Lysette were at the same ball but just evaded each other and it had this movie feel about it. But all of this seemed to stop about halfway through and the story really stagnated. At one stage, I didn’t even realise I had only fifty pages to go. I just wasn’t interested in what happened to the characters because I didn’t really like them that much, or connect with them, and the end didn’t carry through from the promise that was made at the beginning.

Who might enjoy it: Those who haven’t read the earlier books in the series

Who might not enjoy it: Readers who can’t overlook character inconsistencies