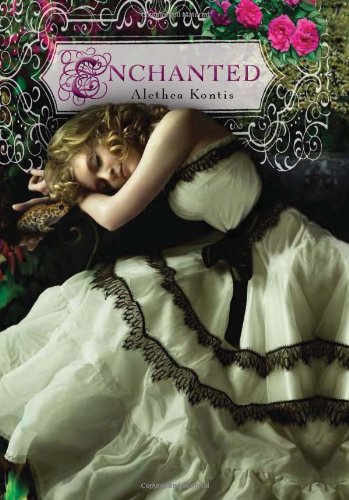 A book for people who enjoy fairy tale retellings with a twist.

Sunday is the seventh daughter of a seventh daughter. In a large family she is much overlooked, and she spends her time writing stories, which have a tendency to come true. Sunday can only write about the past, because she’s afraid of what may come true if she writes about the future.

She meets an enchanted frog in the wood behind her house and begins to share her stories with him. She and the frog become fast friends, and one night, when she kisses him goodbye, he turns back into a man. Except he’s really the prince of the kingdom, and when she meets him, she doesn’t know who he is. How will he ever get her to fall in love again?

This story is more than it seems. Alethea Kontis builds a world where every fairy tale you’ve ever heard of exists and has been integrated to the story in such a way that even the characters themselves know about it. (Oh, it’s a talking frog. It must be enchanted. Or remember that girl who pricked herself on a needle? Well actually…) If it were not for the richness of the language and the way the stories are told by Sunday, the narrator, you could almost feel like you were gossiping with the neighbours about the girl down the road who got pricked by the spindle. I quite enjoyed Kontis’s fresh spin on fairy tales, where everyone is aware of what might happen and takes care to make sure it doesn’t…although that doesn’t always work either.

Sunday and the Frog Prince are both likeable, enchanting characters, trying to be the best that they can. The supporting cast is also quite entertaining, and their characters, as reflected mostly in their names, are well illustrated.

The only real issue I have with this book is that while the world building is well done, and I enjoyed the re-interpretation of fairy tales, it sometimes feels like Kontis tries to cram every fairy tale into the book and somehow connect it with Sunday’s family. Sometimes it’s well done; sometimes it falls flat, and towards the end trying to connect all the threads just becomes too convoluted and overwhelming.

I would recommend this book for people who enjoy fairy tales. The way this story is told is as entertaining as the story itself.

Who might not enjoy it: Readers who need fairy tales to end happily (although this book does for now)