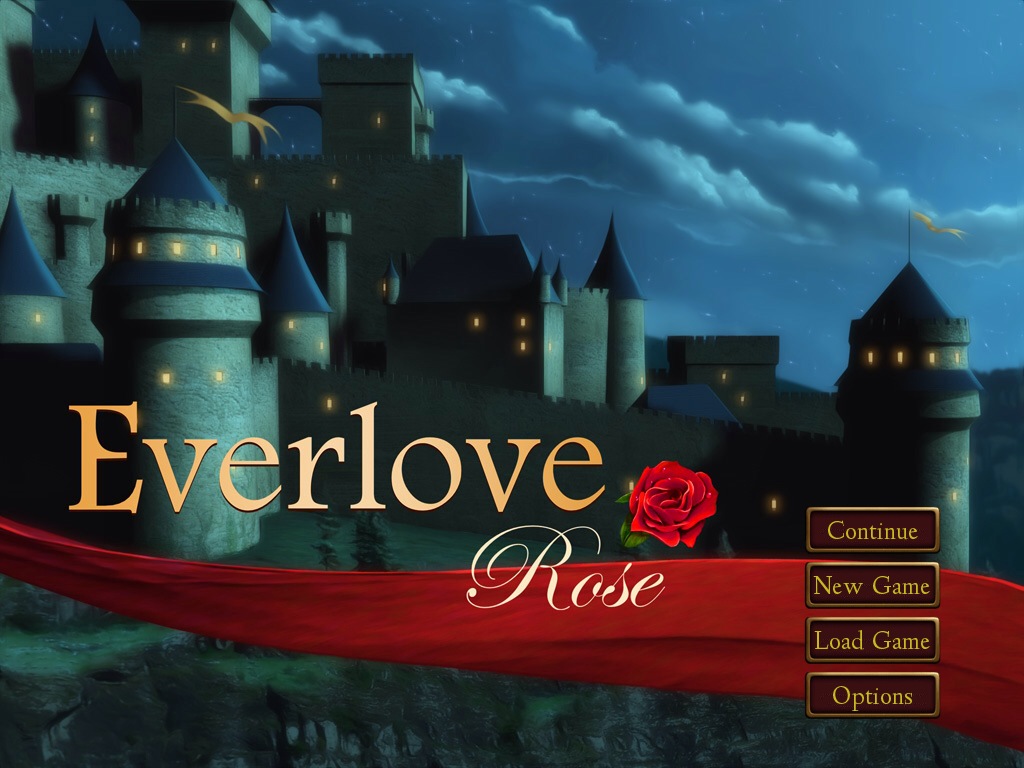 (Mobile app) Everlove: Rose raises the game in the romance genre with a unique interactive experience designed to appeal to romance readers. Everlove: Rose raises the game in the romance genre with a unique interactive experience designed to appeal to romance readers.

A review copy of this app was generously provided by Silicon Sisters Interactive.

While you can possibly only label me a casual gamer at best, I used to work in mobile application design, so I was excited to try out the ‘interactive’ romance novel, Everlove: Rose.

Everlove: Rose was specifically made for romance readers by Silicon Sisters, a Canadian company led by women creating video games for women.

Everlove: Rose is a historical romance with a medieval setting and a storyline that changes based on the decisions you make. The heroine is Rose, a career woman struggling to understand her hang-ups with men, who turns to past-life regression for insight. Under hypnosis she’s transported to the medieval village of Heart’s Home, where she soon discovers that she has chemistry with several of the local hotties. You get to decide what she says and who she pursues, with each decision you make shaping Rose’s personality and defining where the romance goes. As a visual novel Everlove: Rose succeeds more than as a game. The premise on a superficial level seems like a weird excuse to just get with hot dudes in a fantastical setting. And hey, maybe that’s exactly what some women want, but I was somewhat bothered by the idea of roleplaying a modern career woman (though you don’t even get the sense that she is one) with ‘issues’ justifying a romp in the Middle Ages. The game begins during a ‘past life regression therapy’ session, which is how Rose is ‘transported’ to the medieval period. Hypnotherapy is actually kind of a scary situation to begin a fantasy in, no?

There are the four so-called heroes, all of whom are Rose’s potential matches: Garrett, Warrick, Blaxton, and Thorodan. Each man is a bit alpha-male, selfish, and chauvinistic in his own way. Garrett is a charming scoundrel, Warrick a pretty boy prince with a six pack (yet no spine?), Blaxton a cruel, misunderstood, and brooding lord, and Thorodan a quiet, elusive colleague (Wow, a black man in the medieval period! Anyone going to dispute that there were no coloured people in Europe in the Middle Ages? No? Good).

We can forgive the douchebaggery usually because we expect the heroine to put the hero in his place, but frankly, Rose would probably be better off without any of these guys. Garrett is probably the most well-rounded hero; he was the hero I first got together with, but I was also rather partial to Blaxton (maybe it was the Batman vibe about him) even though he was basically a dick. Warrick has the most satisfying character arc, as he eventually evolves into a mature and responsible person (but oh, lord, his cheesy graphics are loltastic), while Thorodan is likely the weakest character as sadly he is not given much of a chance to have a personality in the narrative. Sad, too, because I’ve not read of a PoC in a medieval romance. In the game, each character is attracted to a particular trait. Rose can pursue a relationship with any of the men based on the dominant character traits that she demonstrates: Kindness, Romance, Responsibility, Wisdom and Will. As the game progresses the numbers favouring a particular trait (thus hero) based on Rose’s choices add up, indicated by a red love heart symbol. This system is flawed, though, because, for instance, I got a heart symbol for reacting defensively around a strange man. Is that meant to be a turn-on? It also seems too calculating to deliberately appeal to a character’s preferences just to learn deep, important secrets. While I didn’t always agree with the choices I had to pick for Rose, one positive aspect to the character is that she is flexible. I appreciate that I could replay choices in the game to try out all the possible journeys without affecting the plot, so in that respect Rose still has agency over her every decision. There is also a diary to refer to if you want to read more about Rose’s thoughts about each man. Interestingly, underlying the overt romantic plot is a story of political intrigue, secrets, and upheaval, which weren’t very seamlessly sewn into the writing. Some of the sub-plots’ implications are actually upsetting, such as Braxton condoning the destruction of homes and lives. Eep! So not hero material. Also, there is a strange supernatural element regarding the disappearance of Rose’s father and her encounters with the mysterious ‘Beast’ thrown into the mix that I think is just overkill. You actually find out who the ‘Beast’ is if you play all four pathways. Not that that really mattered to me by the end. It all gets very dilapidated in the denouement.

Everlove: Rose is largely heteronormative, but it does depict strong relationships between women, and even mildly suggestively, dare I say. Fendrel (Rose’s friend) and Aunt Alys are both developed characters in their own right. Fendrel is particularly badass — she should get her own game! As for the visual and technical designs, I enjoyed the novelty of the historical setting but I still didn’t feel immersed in it. There are a few puzzles (which I found I could skip) and some beautiful matte paintings in this game, with particular attention paid to the men’s physiques and the sexy times, so there is quite a bit of fan service (which is always appreciated because hey, I’m shallow like that). I would just like to have been challenged just as much to make the overall experience more satisfying, but I suppose it’s a matter of taste.  The game lacks a certain sophisticated ambience and atmosphere I was hoping for. Incidentally, I expected something like Big Fish Games’ Love & Death: Bitten, Mystery Legends: Phantom of the Opera or Beauty and the Beast which are good examples of seamless integration of visual/sound effects and gameplay. Sexy times and blatant displays of maleness! OH, MY!

Considering the frequent and vivid vitriol dudebros hurl at women who enjoy or develop video games (or really anything pertaining to ‘nerd culture’), it’s great to see a female-led company trying to fill a niche in the gaming industry.

Let’s face facts: women represent a great portion of gamers and want to be represented in both video games and the industry, no matter what so-called leading developers try to justify. According to recent figures, the number of female developers has doubled since 2009 (though they only now make up 22% of the world’s industry). In Australia the figure is bleaker with only 8.7% of women employed in the gaming industry, but the pool of jobs is considerably smaller, too. Actual participation in gaming is much more significant: Digital Australia found in a study that women make up nearly half of the market, with mothers being most active on PCs and mobile devices.

Video games featuring love stories or romantic elements is hardly a new phenomenon (especially in Asia – think otome games, visual novels, or dating sims games), while the media spotlight on romance and erotica via the lens of Fifty Shades of Grey has been both a curse and a blessing. I don’t expect an overnight revolution of the gaming industry, opening its arms for romance, but the market gap is clearly there. I would love to see developers, authors, and publishers working together to create sophisticated and plot-driven games (of any genre, really) to enhance the digital reading experience for their audiences.

I’m a believer in traditional storytelling branching into this nouveau age of ‘digital interaction’. One thing is certain: online users value good tailored content in the easiest possible way. Given that smartphone and tablet use now dominates the global market, and that they are the predominant choice of device for women, there is huge potential for publishers to expand their digital business model. Indeed we can already see diverse digital applications and productions with the likes of ‘Choose Your Own Adventure’ erotica ebooks, adapted graphic novels and motion comics, J. K. Rowling’s Pottermore, and trans-media content such as the The Lizzie Bennet Diaries which began as a YouTube series. I can only imagine what else will pop up in future. Imagine if there were zombie romance RPGs or paranormal steampunk whodunnit games. So many mash-up opportunities!

Everlove: Rose raises the game in the romance genre with a unique interactive experience designed to appeal to romance readers. It doesn’t disappoint there, but it would get extra kudos from me if it had more atmospheric elements, a tighter plot, and more complex puzzles to make it feel more like a video game. Despite the game’s flaws, I applaud Silicon Sisters for having the initiative and tenacity to create and develop Everlove: Rose. And given its title, will there be future stories to tell?

Content advisory: If you like your endings concrete and/or can’t be bothered choosing your own adventure, stick to a linear novel. Otherwise, enjoy the cheese and beefcake!