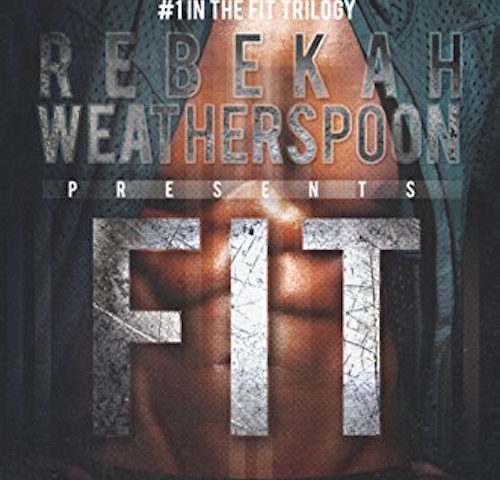 Doesn't quite hit the intensity it could have, but I was needing this exact novella in my life. Doesn’t quite hit the intensity it could have, but I was needing this exact novella in my life.

A novella named Fit that chronicles the romance between a woman and her personal trainer is the last thing I ever expected to enjoy. In fact, both the title and the general concept of this novella put me off far longer than you can ever imagine. I knew Rebekah Weatherspoon [ T | F | W ] had won a Rita for it in 2015, but I’m also just generally wary of the whole fitness/weight loss/health and wellness trope in romance.

Actually, I totally hate it. So often it’s just body-shaming in disguise, and really I think we get enough of that without it creeping into our romance novels, too. But right from page one, as our heroine, Violet Ryan, bravely wheezes and cry-sweats her way through a Pump Fit class that she is thoroughly unprepared for, I realised I should have had more faith in Weatherspoon. She totally had this.

Violet Ryan is the producer for a reality cooking show and has decided to lose the weight she gained during filming by undertaking a new exercise regime. And following her disastrous start, she quickly realises that group workouts aren’t right for her. Instead she’s referred on to a personal trainer, Grant Gibson, whose specialty seems to be being nice to his clients. He’s also a sexual dominant (yeah, didn’t see that coming, did you?) and during his initial meeting with Violet asks if she’d be interested in being his submissive outside of their fitness training sessions. Thankfully, not only does Grant recognise how dicey this suggestion is, but Violet doesn’t let him get away with it either. And after leaving him to marinate in regret and mortification over his behaviour, Violet calls him and initiates a magnificent interrogation of his intentions.

Violet Ryan’s sweet voice answered back. “Are you a chubby chaser? Like do you just screw fat women as some sort of fetish? Does banging big girls stroke your ego?”

“Do you have yellow fever? Do you only date Asian women? Should I tell you now that I’m Chinese, not Korean or Japanese, lest it fuck up some weird nationalist streak you have going?”

Grant’s laugh was pretty manic this time. “Whoa. No. And what kind of guys have you been dating?”

“I haven’t been dating those guys. I just know those guys are out there. Anyway, you gotta tell me what gives. That was … Yeah, I don’t know what the hell that was. I want you to train me, but you have to help me out here. Explain.”

It’s around about this point I actually had to stop reading so I could text two different friends to make sure they knew this book existed. As it turns out, that was unnecessary because they were both well ahead of me and had read the entire trilogy. But never let it be said that I’m not a bookaholic enabler.

While Violet very much carries the story, when Grant isn’t putting both feet in his mouth, together they make a really lovely couple.

So if you’re looking for something short and sweet, Fit is exactly that in every sense of the term. Weatherspoon is a thoughtful writer and an absolute superstar when it comes to dialogue. She creates these really wonderful laugh-out-loud moments, and never subjects either Violet or Grant to body-shaming, fetish-shaming or fetishism for cheap laughs. Or really at all. And damn, but I was needing exactly this novella in my life.

Content advisory: Violet’s first fitness class will cause flashbacks for anyone who’s ever tried to get fit too quickly. Your appreciation of this will be in direct proportion to how much you hate doing burpees (ie the single worst exercise in the world).