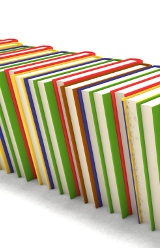 In an effort to keep track of events that may be of interest to me or to readers who visit Book Thingo, I’ve created a Google calendar of Australian events celebrating readers who love genre fiction.

This calendar will include author appearances, book signings, award ceremonies and festivals. I’ve also included general book-related celebrations, such as #spbkchat, the NYOR book club and general literary events where genre fiction features in the program.

You can see a list of upcoming events in the right sidebar on the blog (under the picture of the dying fairy). If you’re reading this blog via a mobile device, click here to view the calendar. It’s a public, so anyone can see it.

If you’d like me to include your event, please send an email to calendar@bookthingo.com.au and include the following information:

Please use text. I’m lazy and need to be able to cut and paste with ease.

Please do not send calendar info to other Book Thingo email accounts. I’ll update the calendar once a week, usually on Thursday night, so if you have an event coming up soon, please email me at least a week in advance.

The calendar’s focus is on events that will interest readers, so I won’t include writing workshops. I reserve the right to include only events I consider of interest to genre fiction readers.

It’s no secret that the Shadowfae series is in my autobuy list. Sadly, it looks like the series has been discontinued. Hayes announced on her blog that there will be no more Shadowfae books for the time being. Hayes has sold two books in a new paranormal series series featuring fallen angels, demons, an Apocalypse and a zombie plague.

I’ll be smug and admit I’ve read a beta version of the first book, Revelation, and I reckon if you like Nalini Singh’s archangels series, you should definitely check out this new series. It comes out in 2012.

But oh, sob for the demise of Shadowfae.

Kobo has launched its new Android-based ebook reader that will compete dierctly with the Kindle Fire. It’s selling at US$199 but with specs that align more closely with the Nook. There’s no Australian release date yet, but according to this tweet by Malcolm Neil of Kobo Aus/NZ, an Australian announcement is imminent. (Sources: @malcolmneil and CNET Australia)

A library at OWS

Check out this article on the makeshift library that has been set up at Occupy Wall Street: A Library Occupies the Heart of the Occupy Movement. It talks up the role of libraries a bit, but it’s interesting read about how the OWS library deals with similar sorts of problems that all libraries face in a way that reflects the message and values (I think) of the OWS movement:

People at the library are incredibly gracious and welcoming. During my visit there this weekend, I detected no sense of “I’ve been here for days, who are you?” Quite the contrary. I was tasked with fixing any problem I saw and empowered to do anything I thought would help. The vast majority of people in Zuccotti Park were friendly, welcoming, and polite. There is a pervasive desire to see, seize, and solve problems—to make a personal contribution to this moment of history.