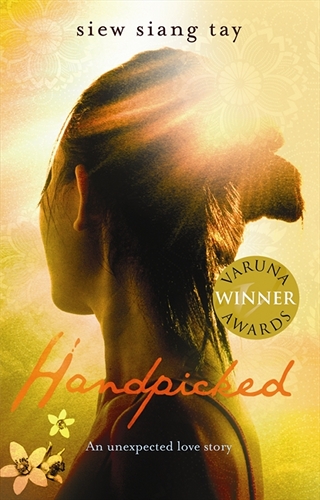 A mixed bag—the characters aren’t sugar-coated, but the plot and characters lack depth, and I’m not entirely sold on the ending.

It’s taken me three years to finally read this story about Laila, a mail-order bride from Malaysia looking for a better life in South Australia with a man she’s known for a year via letters.

On one hand, the plot intrigued me. The term ‘mail-order bride’ is often pejoratively used, and I wanted to see its portrayal by Malaysian Australian author Siew Siang Tay. On the other hand, I wasn’t sure I’d like the ending.

When Laila leaves her family in Malaysia in order to marry a man she’s never met, her father all but disowns her. But she has bigger dreams than an arranged marriage and life in a farm, and when she lands in South Australia and finally meets Jim, she’s overwhelmed with happiness.

Until she sees the caravan.

Jim has been unlucky in love and life, and he’s hoping marriage to Laila will help turn it around. So what if he sent her a picture of him standing in front of a red brick house and didn’t tell her it wasn’t his? Surely their connection would overcome some minor lapses in disclosure.

But Laila’s dreams are anchored by the house, and it’s clear that the caravan is the start of one of many dissatisfactions she’ll feel in the relationship.

Tay effectively captures Laila’s almost desperate need to hold on to and make her dream—a brick house, a loving husband, a wonderful life—a reality. After risking a safe but tedious life, after alienating her family, she needs to have the house as a symbol that she made the right choice. Her simmering resentment over Jim’s inability to understand this encapsulates what’s wrong in their relationship.

I also love Laila’s observations of Australian life—her first winter is particularly poignant—and her insecurity that others are judging her. And again, everything goes back to the caravan, which is a constant blow to her pride.

Jim is even more interesting. Tay manages to find a balance between different aspects of his personality. He’s a lonely bloke looking for love, but he’s also a somewhat seedy old man who essentially had to buy a bride. He’s a dreamer who thinks everything will work itself out but doesn’t do much about it.

He’ll never forget the first day. It was enough for him to base his life on. It wasn’t just her looks, she had a way of looking at him, with a mix of coyness and admiration, hanging off his every word, making him feel like everything he said mattered. He couldn’t get enough of it. The way she walked, a gentle swagger, leaning towards him that day, seeking his protection, her petiteness emphasising his strength.

None of the women in his past had made him feel like that…Since she arrived, and in spite of her coldness towards him in the last few weeks, he has thought about nothing but marrying her.

Jim’s best friend Peter and his wife, Marietta, provide a great counterpoint. Their marriage is strong even though Marietta, a Filipina who escaped forced prostitution, has had a much tougher life than Laila.

But other elements of the story are less successful. The dialogue doesn’t ring true, though perhaps that was an authorial decision designed to make it easier to read. The timing of the story isn’t always easy to follow. In some places, I wasn’t sure if weeks or months had gone by.

The major conflict in the relationship—and how it’s resolved—is fairly predictable. Tay chooses to put Laila in an even worse situation than she had with Jim, and this does a disservice to her character. For most of the novel, Laila has very few choices available to her, and I don’t buy the ending.

The problem with the romance is that Laila’s disappointment with Jim dominates her narrative. When she looks back and remembers his kindnesses, it feels less like love and more like a denial that there was something terribly wrong with her marriage. I’m convinced that Jim basically loved having a housekeeper who provides sex on tap and Laila would rather be assured of her safety than pursue a life on her own terms.

In the last few chapters of the story, Tay tries to show how Jim and Laila have become better people as a result of what happened in their relationship, but Tay doesn’t give them enough pages to do this justice. The most interesting parts—how they get there and the challenges they faced—are left out.

This book is a mixed bag. The subject matter is interesting and the characters aren’t sugar-coated, but the plot and characters lack depth, and I’m not entirely sold on the ending. That said, I read it straight through without putting it down once.

Who might enjoy it: Those with an interest in what motivates women to become mail-order brides

Who might not enjoy it: People who love living in a caravan

This review is based on an uncorrected proof of this book.