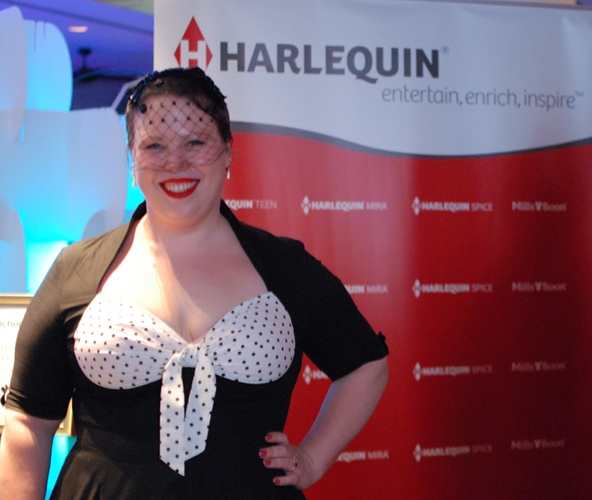 Harlequin Australia has launched Harlequin Escape, a DRM-free digital first imprint available worldwide but with a focus on Australian content.

The new imprint was announced at the Harlequin-sponsored cocktail party at the Romance Writers of Australia conference at the Gold Coast and comes hot on the heels of a similar announcement by Penguin yesterday at their own pre-conference event.

Harlequin Escape is open for submissions via their website, and the submission guidelines suggest that although the imprint defines romance broadly, we won’t be losing the happy ending.

According to the website, Haylee Kerans will be publishing manager and Kate Cuthbert—who many readers will recognise from the Courier-Mail, BRRAddicts, Booktopia, ARRA or Twitter—will be managing editor. The imprint is aiming to release its first set of titles before the end of the year.

More importantly for readers, it looks like Harlequin Escape will be taking its cue from Carina Press and doing away with DRM:

Harlequin Escape sources stories from all over the world, but maintains a strong local focus, with Australian authors telling Australian stories in their indomitable Australian style. All stories are DRM free, and available world-wide.

Harlequin Escape will be using a no advance, high royalty business model, and I’ll be very interested to see how this imprint does in international markets and how it will co-exist with Carina Press. I love that Australian romance authors now have so many choices, including local publishers, for submissions. Hopefully it will mean better terms for them, overall.

As for being a reader…well, we’re definitely spoilt for choice now. And that’s never a bad thing.