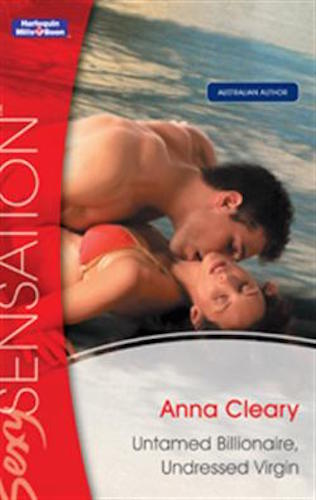 John Havel at the The Hustle tried to expose how scam artists can game the Kindle bestseller list to make money…by being a scam artist himself. Literally, he plagiarised Australian author Anna Cleary, and The Hustle is sidestepping criticism without issuing a formal apology.

I was randomly looking through my Twitter feed this morning when I came across this article in The Hustle. (That link goes to an archived copy to minimise page views for the website, but if you really must see the original page, it’s here. However, it won’t be the same as the archived version. I’ll talk about that in a sec.)

According to writer John Havel, he

…ripped off a free book that I found online, made up a middle-aged author from Ohio, and then played Amazon like a fuckin’ vintage banjo to become the #1 ranked book in not one, but two separate categories.

The book happened to be Untamed Billionaire, Undressed Virgin by Aussie author Anna Cleary. I reached out to Cleary to confirm that she was unaware of the experiment prior to the article being published. Cleary first found out about the article this morning through another author, who apparently was so upset on her behalf that Cleary couldn’t work out what she was saying at first. Cleary was shocked when she learned what had happened. She hasn’t received an apology or explanation either from John Havel or The Hustle.

Before I go into my rant about The Hustle piece, I wanted to showcase Cleary’s book first, so I asked her to tell us a bit about Untamed Billionaire, Undressed Virgin: I loved writing this book! It’s a story about a quiet, intuitive young woman, one Sophy Woodruff, whose adoptive family have moved overseas while she remains in Sydney. At work one day, she accidentally sees for the first time her biological father, a silver fox with powerful old-Sydney connections. Thrilled at the chance of a relationship with her original family, Sophy contacts the old boy. Mysteriously, soon after she makes contact, an intriguing stranger, this tall, dark, annoyingly well-built guy with brooding eyes and the devil in his grin, moves into the office next door to hers and introduces himself as Connor O’Brien, lawyer. Thing is, Sophy doesn’t believe he’s a lawyer. But he’s a helluva good kisser!

The title is no longer in print, but you can find the ebook edition at your favourite Harlequin backlist bookseller!

Now, onto the rant…

Havel selected Untamed Billionaire, Undressed Virgin because he was looking for some very specific characteristics in order to maximise the chances of his fake-book making it to Amazon’s bestseller lists:

Why a romance novel, you ask? Three reasons. First, romance is one of the most popular Kindle categories, so I knew the market size was big. Second, our insider told us it’s an easy category to game. Third, and most important, I thought it was funny.

Plan B was more straightforward: find a romance novel in the public domain, make sure it reads well enough, change the character names, and repackage it. In other words, shameless plagiarism for the sake of science with little to no remorse.

To hit one more popular romance theme, I changed all the characters’ names and made the male protagonist black for a little jungle fever action. As soon as Connor O’Brien became Carter Voss we were in business.

For inspiration, I took the real bio pages of five authors, took a sentence from each, and changed the wording to match [Havel’s romance author pseudonym’s] fake persona.

Yes, you read that right. Not only did Havel plagiarise a book he knew to be under copyright (and whose author and publisher he could have contacted for permission quite easily), he plagiarised five other authors’ bios, and was considerate enough to think of diversity in romance.

All this without remorse. It must feel great to write for The Hustle.

As Robin pointed out, not only did Havel plagiarise Cleary’s work, what he did seems to fall under copyright infringement (disclaimer: I’m so not a lawyer; opinions only), and she linked to some information on the possible penalties. They are not trivial.

From a reader’s perspective, while it’s interesting to read what Havel wrote, it’s about as interesting as Kathleen Hale’s article in The Guardian last year — which is to say, they are fascinating to read, but so lacking in ethics that I feel interest is insufficient justification to publish the article. In Havel’s case, there are other, more ethical approaches he could have taken to arrive at essentially the same conclusion for his story. I can only conclude, based on what I read in the article, that any other approach was just Too Much Work.

The article also treats romance readers with disdain, bordering on contempt. Havel attempts to mitigate actually receiving money for the plagiarised book by mentioning that proceeds will be given to charity. Good try, Havel, but if you really don’t want to lie to people and rip them off, then don’t lie to people and don’t rip them off. I think those readers should get their money back with an apology, and that everyone who downloaded a free copy should receive an apology, too.

It’s almost comedy when you get to Havel’s attempts to put some kind of moral framework around his actions:

On the other hand, does it really matter? The information age brushed away our internal filters and skepticism to the point where we take most things at face value. Shouldn’t we be used to this by now?

Essentially, we pay authors to do research on a topic and write about their findings and there’s always the chance they’re wrong or wacko. Whose responsibility is it to enforce fact-finding and overall legitimacy? If someone wants to buy and believe these books, let them! Plus, don’t you remember seeing cheesy paperbacks with Fabio on the cover at the grocery store check out? How’s this different?

Havel’s argument seems to be that Amazon allowed him to do it, so it’s Amazon’s fault. By the way, if readers are gullible, that’s their problem. And hey, all books with Fabio covers are the same! There are so many things wrong with these arguments I don’t even know where to begin, but essentially, if you’re behaving like an arsehole, you can point to Amazon and say, You made me do it!, but it doesn’t change the fact that you’re behaving like an arsehole.

Furthermore, as I mentioned on Twitter, The Hustle redacted the book title and author that Havel copied from. It looks like they have also disabled comments. This was done without an editor’s note or an apology. Removing the details of Cleary’s book, the source material for Havel’s fake-book, removes context essential for readers to assess whether or not Havel conducted himself ethically. It also puts some distance between Havel’s admission of plagiarism and the source text. You can make your own conclusions about The Hustle’s motives, but I recognise CYA when I see it.

Thanks to @VaVeros and @SandraAntonelli for tweeting links to the article.