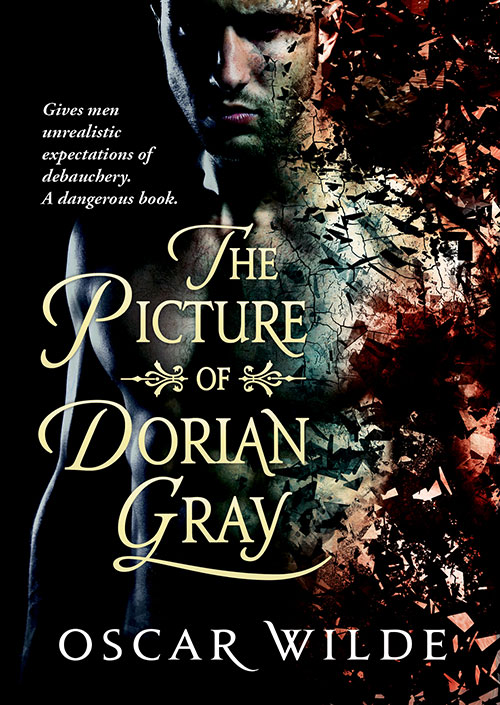 An Oscar Wilde classic gets a makeover.

This week, we’re asking readers who plan to attend SWF to leave specially designed postcards at common areas, empty seats and any other places that other attendees might serendipitously find them. If you plan to attend SWF and would like to help out by leaving postcards in places other readers might find them, send an email to kat@bookthingo.com.au.

Our second #loveromance cover remix reveal features The Picture of Dorian Gray by Oscar Wilde re-imagined as a paranormal romance. After all, it’s about a magical painting and an arseholic alpha hero who brutally uses and kills people, and then attempts to reform himself. When this book was published, it was considered scandalous and caused outrage among readers who considered it immoral. You can check out some quotes from the book here, and you can download the book from Project Gutenberg. (Note: Definitely not a romance.) This cover was designed by the very talented Jennifer Wu. You can find out more about her work here.