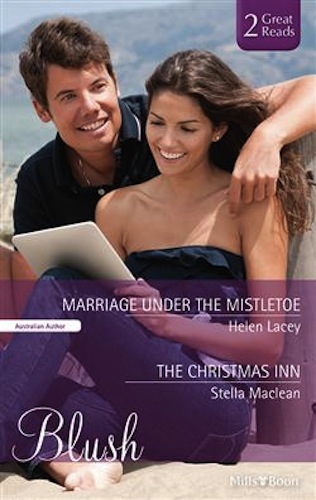 There is something special about the perfectly composed category romance. This one is for when you want a few quiet hours to experience the joy of falling in love all over again.

This review has been written by guest blogger Michele as part of our series of reviews featuring this year’s finalists for the Romantic Book of the Year awards.

Michele lives in the Washington DC area with her husband, son and three cats who think they are people. Back in high school, she was that girl who was reading three different books at once, most of which usually ended up confiscated by teachers for being ‘inappropriate’. She discovered the joys of romance novels when her mom’s best friend gave her a box of old Harlequin books previously destined for the dump. Michele continues to enjoy reading books as fast as she can load them onto one of her five Nooks, two Kindles, and one Kobo Aura HD. She lives for the HEA/HFN and is decidedly pro-epilogue. You can find more of her reviews at Seductive Musings (as Michele),  Night Owl Reviews (as MHarvey) and Romancing Rakes For The Love Of Romance. Please stop by and say hello on Twitter: @mharvey816.

Marriage Under The Mistletoe is the second book in Helen Lacey’s Crystal Point series for the Harlequin Special Edition line, and although this was a new author and series for me, I had no issues following the story of Evie and Scott without having read the previous book. (Kat’s note: In Australia, the book is published under the Blush line.)

Evie Dunn is the sensible sister of the Preston family, the one whom others depend upon even as she shoulders the responsibility for taking care of herself and her only son, Trevor, after the tragic death of her husband, Gordon, ten years earlier. Although she believes herself content with keeping her bed and breakfast running smoothly while attempting to be both mother and father to Trevor, the regret of burying her sexual side along with her husband does manage to poke its pointed head up now again.

That poke is never so fierce as when she first lays eyes on Scott Jones, the incredibly sexy American firefighter that she agreed to pick up at an airport several hours away from Crystal Point, and the younger brother of her soon-to-be sister-in-law. Scott is also several years younger than Evie, and the age difference makes her think that any attraction between them couldn’t possibly be mutual. But Evie’s assumption is dead wrong, as they both discover all too soon. Scott is visiting for the next three weeks to attend his sister’s Christmas Eve wedding to Evie’s brother, staying only until the New Year. How could there possibly be anything other than heartbreak if Evie and Scott give in to their heated attraction?

Although I enjoy reading romance in all its variations and genres, there is something special about the perfectly composed category romance. You know as a reader what you’re in for with the standard tropes (long distance lovers, older woman/younger man, and so on) but you also know that when you’re in the hands of a talented author, the resulting story will be an unique joy for you to savour. That’s how I felt about Helen Lacey and Marriage Under The Mistletoe.

All the obstacles in the path of Evie and Scott’s HEA seemed insurmountable at first, and watching how Lacey worked to show how each could be confronted and conquered was both marvelous and completely believable in the context of the story. The primary setting of Dunn Inn, Evie’s B&B, was an especially great way to frame the interactions between  the hero and heroine as well as the supporting cast of characters, including the couple’s extended families, Evie’s teenage son and the inn’s various guests. It made me wish I could stay in such a warm and welcoming place, one that lent itself to romances both new and old.

In Marriage Under The Mistletoe  Lacey gives us everything we could hope for in a traditional contemporary category romance, and more. I’ll be adding her Crystal Point series to my TBR list for when I want a few quiet hours to experience the joy of falling in love all over again.

Who might enjoy it: Readers who love a well-written category romance

Who might not enjoy it: Readers who prefer younger heroines