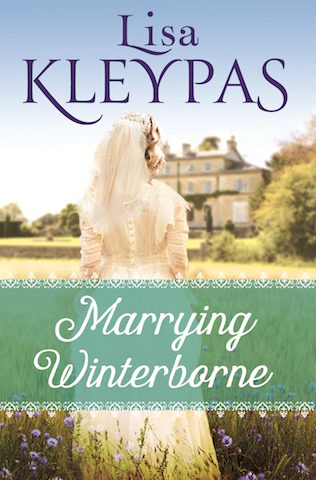 This epistolary review cannot be summarised. It must be consumed in its entirety. As for the book, you'll either love it or hate it. #TeamRudi or #TeamGabby? You decide. This epistolary review cannot be summarised. It must be consumed in its entirety. As for the book, you’ll either love it or hate it. #TeamRudi or #TeamGabby? You decide.

Kat’s note: I thought about editing this in a way that would adhere to some kind of style guide, but in the end, I think the chaotic style is in keeping with the spirit of the review. That, or I gave up trying.

Once upon a time over dumplings Gabby and I were talking about books and I mentioned I’d recently finished Lisa Kleypas’ latest historical Marrying Winterborne.

‘What did you think?’ Gabby asked.

‘I loved it but it’s also kind of a mess. It goes along with a pretty straightforward plot for the first third of the book, then suddenly about 12 different threads appear.’

‘I hate when that happens. Give me a clean, simple story any day.’

‘It feels like a lot of the books I’ve been reading suffer from this though? Also, isn’t this just how Kleypas writes now? I mean the Hathaway series…’

It was around about this time that either our meal arrived or we were kicked out of the restaurant to make way for other customers, so naturally the conversation stalled. Almost a week later I got a text from Gabby.

GABBY: One chapter in and Marrying Winterborne has the dumbest plot.

RUDI: Shut up! You have the dumbest plot!!

Also: one chapter in is when it’s actually straightforward. Later it’s got so many threads.

GABBY: Yeah but like “the only way I can marry you is if you let me fuck you”. UM DUDE YOU’RE ALREADY ENGAGED.

RUDI: BUT THEY WANT TO BONE!!!

HOW DID HE GO FROM MANNISH BRUTE TO TENDER FIANCE IN THREE CHAPTERS. THIS IS DUMB.

RUDI: BECAUSE HE JUST NEEDED SOMEONE SWEET TO BELIEVE IN HIM AND ASK HIM TO BE KIND.

RUDI: I know. It’s defs one of her weakest* but also I love it? And I especially love Rhys and Helen.

* I meant this purely in a technical sense. The plot is weak and uneven. Just because I love it doesn’t mean I’m blind to its flaws. But also, just because it’s flawed doesn’t mean I can’t love it WHOLEHEARTEDLY. Which I do.

At this point, I was reasonably sure Gabby had decided upon an Agree To Disagree stance regarding Marrying Winterborne. I was wrong.

The rest of this epistolary review is VERY VERY spoilery. I wouldn’t recommend reading further if you don’t enjoy killing fairies.

The next day, Gabby continued to read it, live-texting her thoughts and feelings at every stage.

* This text was never explicitly explained. GABBY: ???????????? like seriously so historically inaccurate come on but oh my god so good GABBY: YES PRAY TELL HALFWAY THROUGH THE BOOK WHO THE FUCK IS MR VANCE IS SHE MAKING THIS UP AS SHE GOES ALONG?!

OK. I gotta wait til you bring up the thing before I say anything about it.

GABBY: IT’S HER DAD?! WHAT THE FUCK IS HAPPENING?

WHY DIDN’T THIS COME UP EARLIER?

RUDI: So — the entire first section of the book I kept waiting to find out she was illegitimate coz otherwise why didn’t her parents like her? Coz I also originally thought she had a secret baby. But she was so defs a virgin I was like OK, illegitimate. And then it was taking so long I gave up and accepted she wasn’t. AND THEN LIKE TWO PAGES LATER THE MR VANCE STUFF WAS DROPPED.

I was so…? Like PICK A COMPLICATION AND RUN WITH IT! DON’T USE ALL OF THEM KLEYPAS!!

GABBY: I’ve been under the impression that there has been no plot.

RUDI: Did you read the first one?

I mean, fair criticism. I just feel like all the series is one MASSIVE book that happens to be broken up into … idk 5 books?

GABBY: Yeah I get what you mean. It’s kind of like Elizabeth Hoyt who gets so caught up setting up her next book she forgets about the main couple. RUDI: NO YOU DON’T. SOMETHING NEEDS DEPTH TO BE HATED AND IT DOESN’T HAVE ENOUGH. YOU CAN LOVE A SHALLOW MESS OF A BOOK (much like how I love this one) BUT YOU CAN’T HATE ONE.

GABBY: Nope I fucking hate it. The whole thing is gonna be a big mis!! WHY IS EVERYONE TELLING HER NOT TO TELL WINTERBORNE. THIS IS SO FUCKING DUMB RUDI I AM ENRAGED.

RUDI: And look how close to the end you are when a Big Mis thread is being … I hesitate to say developed coz there’s no development. Anyway, I don’t mind Big Mis but it needs time for reasons of tension and resolution etc. There is basically no time left. She didn’t need a Big Mis. She just needed to deal with the shit that already existed. Which was plenty.

GABBY: For fucks sake I’ve never been so disappointed in a Kleypas book. How absolutely shit.

GABBY: YOU’RE INSANE. I FUCKING FORGOT ABOUT THE LADY DOCTOR. WHAT’S THE POINT OF HER?

RUDI: FUNSIES? TO BE ABLE TO USE THE WORD PENIS?

TO BE A FUTURE LOVE INTEREST TO THE FRIEND WHO WAS RUDE TO HER.

GABBY: She’s not even cool anymore!!! Why was there no transformation for Rhys?!??! He literally did an about face!! And Helen is BORING.

UGHHHHHHH FUCK THEM ALL.

RUDI: NOOO!!! Well OK. Yeah she is a bit boring but that’s coz you still don’t know much about her and she’s still waiting for her arc. Meanwhile Rhys had his two chapters in.

(Disclaimer: Even with an arc she is objectively still boring. Also, can you even say she has an arc? Probs not.)

GABBY: No arc. Literally her being like OF COURSE I MUST TELL HIM and two pages later OH GOD I CANT TELL HIM. THAT IS BORING AND ANNOYING AND STUPID AND CORNY AND THE WHOLE THING IS TOO CHEESY IT’S NOT EVEN CUTE.

RUDI: YOU’RE NOT EVEN CUTE. GABBY: “Oh you’ve given me so many chances to tell you but no I’ll use my power over your sexuality to distract you from your love for me because I’m manipulative!” GABBY: There is zero character consistency in this motherfucking novel. GABBY: WHO THE FUCK IS THIS NOOB?

RUDI: What? You think it’s too late to intro a new character? There’s still 130 pages* left! She can do a whole new plot line in 130 pages!

* Kat’s note: In case anyone is doing the maths, the reason Rudi wrote 130 pages is because the original placeholder said ‘page 530’. But the screencap is actually for page 632.

RUDI: You know I’m gonna re-read this over the weekend coz literally every complaint you’ve had has made me be like YAS! AWESOME! I LOVES IT!

GABBY: HAHAHAHAHAHAAHA you are DELUDED.

GABBY: THAT’S NOT WHY I SAID IT RUDI. IT’S STILL A SHIT BOOK.

ARGH NOW I CANT EVEN TELL YOU THAT RHYS’S DECLARATION WAS AMAZE BECAUSE YOU’LL THINK I’M PANDERING.

RUDI: Anyway get back to reading! You’re so close!! GABBY: Lol what is he talking about he literally does not have a past he has a department store and a Welsh background.

RUDI: Sounds like a pretty dark past to me?

GABBY: BUT WHERE. WHERE IS IT. OH HE WORKED IN A BUTCHER?! COOL STORY LISA TELL ME MORE.

RUDI: I worked in a deli. It was a v dark time in my life. GABBY: This is fucking weird.

RUDI: THAT PART WAS SWEET AND ONE OF THE FEW MOMENTS THAT ACTUALLY MAKES SENSE.

GABBY: How. He just renamed a kid that already had a name and then just gave her his name?!? Like wow you have her a candy you’re not her fucking dad

RUDI: BECAUSE HER NAME WASNT EVEN HER NAME! SHE HAD A DIFFERENT ONE BEFORE SHE WAS CALLED CHARITY! AND YEAH MAYBE THEY COULDA GONE BACK TO HER FIRST REAL NAME BUT THAT HARDLY COUNTED EITHER COZ AS IF SHE REMEMBERED IT. AND HE GIVES HER HIS LAST NAME COZ AS A SIGN THEYRE GONNA KEEP HER AND RAISE HER AND LOVE HER AND BE A BEAUTIFUL LITTLE WELSH FAMILY.

GABBY: Fuck. That. She is not his property but he really seems to struggle with that overbearing patriarchal father husband bullshit.

RUDI: But considering the time she kinda is though right? Like that’s the least anarchistic moment in the whole book.

GABBY: Ughhhhh it made me feel uncomfortable. She’s doing her emotional jumps without any of the work in between and it’s making me and the book suffer.

RUDI: Oh it’s totally written in Kleypas shorthand. Coz Rhys is some combination of a handful of her heroes and I think you’re supposed to be like, of course! this is how those dudes would behave so natural Rhys would too.

GABBY: LOL YOU ARE SO RIGHT.

OH MY GOD OF COURSE.

GABBY: ? I don’t want to encourage you. RUDI: ?
^Dats us dancing
In joy and celebration

RUDI: For entirely different reasons.
I’m dancing coz I lurved it and you coz it’s over and you mostly survived. GABBY: BUT WHO IS DOUBTING. I DONT GET WHO IS SAYING THAT. IF SHE IS THEN IT DOESNT MAKE SENSE.

GABBY: No, as in I don’t know who’s talking and why they’re saying that line. No matter who says it, it sounds weird!!

RUDI: No one is doubting. It’s more like Rhys is worried for her health during the pregnancy and Helen is telling him not to worry. Sort of like the ‘Doubt Not!’ stuff in Tessa Dare’s book?*

* Technically, my final text was never actually sent and is purely what I thought when reading Gabby’s question. But we had brunch plans for the next day, so I figured I’d say it to Gabby’s face. I probably forgot, though.

Meanwhile, if you were wondering why Kat wasn’t invited to participate, it’s quite simple: Kat doesn’t really know the difference between Lisa Kleypas and Loretta Chase.

And Kat demonstrates why she wasn’t invited to participate

And Kat demonstrates why she wasn’t invited to participate

And so ends our epistolary review.

Like the good friend with incredible taste that I am, I feel sad for her, but I also reread the book over the long weekend and enjoyed it AGAIN. Immensely.

I only hope one day Gabby can learn to enjoy happiness and fun, too. And that Kat will eventually learn the difference between Lisa Kleypas and Loretta Chase.

You can find an extract of the book here and here. Published by Piatkus (Australia) and Avon (USA).