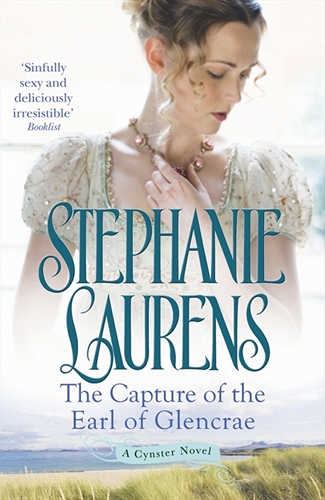 Merrian Weymouth saw my plea on Twitter for a recap of the romance panel at the 2012 Melbourne Writers’ Festival and generously took some notes for Book Thingo. Huge thanks to Merrian for this excellent recap!

The panel was chaired by Caroline Lowry. Stephanie Laurens, Rachael Treasure and Su Dharmapala were the authors speaking about why they love writing about love. All three authors’ work history has been as women in strongly male environments, science, corporate Australia and the world of sheep shearing, horses and dogs.

I need to mention Rachael’s most excellent cowboy boots stamped with peace hearts and angel wings, reminding me of the Gram Parsons’ cowboy angels.

There was a full house in ACMI studio One to hear the presenters.

The motivation to write

Rachael spoke about self-help author Louise Hay’s statement ‘we are in a place of love or a place of fear’ as her motivation to write; that she wanted to write about and bring about that place of love for her characters and readers. Her love of living on the land and rural Australia is a prime motivator and her constant setting.

Su commented on reading ‘Eat Pray Love’, which highlighted that romantic love is part of the human emotional landscape. She said if we lose sight of that we lose what propels us and gives meaning to our society.

Stephanie sees her role as author as to entertain—her peers and counterparts are the movie and television writers. She writes about the quest for love and the evolution of a romantic relationship between hero and heroine because that is what readers want—she is writing what the readers call for. Stephanie also believes this quest is the defining fact of our humanity.

Does culture stop and passion or romance take over?

Rachael responded to the question by noting that her characters need to find self-meaning. Su added that cultures defines the modes of courtship so the story arc questions the culture until the heroine finds herself at a point of balance with the culture. Su is Sri Lankan and there was some additional discussion about arranged marriages and their seeming contrast with the aspirations of the bright, clever self-confident heroines of romance stories.

Stephanie said that culture doesn’t play too big a role in genre romance because the genre aims to present a universal experience which means culture is a backdrop to the story not playing a role as it does in Rachael and Su’s work. Stephanie’s entire back list is being translated into Bahasa Indonesian following the success of three of her books in past years.

Stephanie added that ‘the Regency’ is so loved by authors and readers because it is the point in time when love-based, companiate marriages became more normal and accepted rather than the formal civil contracts of the aristocracy up to this time. She felt that love had been actively avoided as a base for marriage because it was seen as disruptive of social cohesion. Stephanie also believes that people today still face the same questions and issues of wanting to love and be loved and to find the right partner for them.

Heroines in these author’s books by definition are strong, independent and wilful. The panel was asked where they come from and what makes a heroine?

Stephanie said that in genre romance heroines and heroes were archetypal and defined by the audience of readers. Rachael and Su both talked about writing from their personal experience and observed life of finding the humour in the struggle and the courage in coping that ordinary women did with everyday life. All three aim to empower women in and through their stories.

Rachael has a lot of male readers and has found they like audio books e.g. when driving trucks. Su said that culture defines men but they have the same need to love and be loved as women do. She looks at people not gender and wants to build and demonstrate resilience in her characters and for her readers.  Stephanie commented on the number of ex-service male readers she heard from who connect with her male characters and enjoy the stories. She noted how often she wrote from the male POV and how essential this was to her stories.

Rachael said she was always observing her own experiences and the world and people around her; it is a part of her brain she can’t turn off even if she struggles to find the words to describe an experience. Su said that when writing about sex it isn’t bringing own experience of sex but that of intimacy. Sex must occur in an intimate context for her stories and not be performance art. Stephanie said that you couldn’t write a sex scene without a purpose that sex must show and advance the development of emotional relationship. It is communication through intimacy, so it is a dialogue where polite screens are stripped away.

Stephanie was asked that with 52 books to her credit is she over or tired of her heroes and heroines? Of course she said no; while they are archetypal, their stories are unique.

Cover hate was mentioned and how they are still a real barrier to some people picking up romance novels. Rachael talked about how she tried to make sure her covers reflected the reality of her book with a real woman, a real horse and a real place pictured. Stephanie talked about how genre covers were developed for the US market and specifically the buyer for Walmart who is usually a male with limited time in role. She said there is quite a different aesthetic for Australian covers which wouldn’t work in USA.

Digital is providing greater accessibility and new markets for readers but also has an impact on book design and release.

This event was held at ACMI on August 26 as part of the 2012 Melbourne Writers’ Festival.