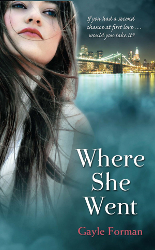 Thyla is a story of Tasmania: of darkness, of convicts, of devils and tigers, and of promises that stay true through the centuries. It is the story of what happened to Cat, and what Tessa really is.

These are the only things I know for certain.

Found wandering in the mountains behind Hobart, Tessa has no memory of who she is or where she came from. Frightened and alone, Tessa tries to make sense of the mystery of her past and her strange nocturnal longings. And of the strange vicious scars on her body…

With a crack as though her back was breaking the dory lurched downwards. Christos felt himself twist, then fall inexorably towards the head of the inquisitive shark.

For his birthday, Christos takes his father’s mackerel dory on his first solo trip. He plans to fish and then camp overnight on a local island. But things go terribly, terrifyingly wrong when Christos runs the dory aground on a reef, attracting a four-metre tiger shark as company for the most harrowing night of his life—a night during which he decides what he would be willing…to die for.

Kiss and Tell by Fiona Walker

With tight breeches and loose morals, the horse trials circle is a hell-for-leather chase across the magnificent parkland of England’s finest country estates, where the bravest of red-blooded horses and riders compete for bronze trophies, silk sashes and glory.

Silver-tongued charmer Rory Midwinter is quite at home in this hedge-jumping, bed-hopping world. He has no intention of settling down—only his long-term groom Faith Brakespear has other ideas.

Tash and Hugo Beauchamp are the undisputed golden couple of three-day eventing. But their mettle is put to the test by the arrival of The Devil on Horseback, brooding Kiwi rider Lough Strachan. Lough holds the key to Hugo’s darkest secret, and he intends to use it to access his rival’s beautiful wife…

A Bite to Remember by Lynsay Sands

Rule #1: Never get involved with someone who won’t be there for you when the sun comes up.

Rule #2: Never kiss a vampire…it can be a pain in the neck.

Once bitten, twice shy—and sexy PI Jackie Morrisey so wasn’t going there again with a vampire. Vincent Argeneau might be the hottest guy she’d ever met, living or dead, but she’d been hired to stop a killer from turning him into dust, not jump into bed with him.

So what if Vincent’s had four hundred years to perfect his kissing skills, and looks incredibly tempting when he runs around the house shirtless? He’s also charming, protective…and did we mention he can kiss? Jackie needs to be on her guard, or else she’ll have to come up with a new rule: if you’re going to fall in love with a vampire, make sure it’s a bite to remember.

To The Moon and Back by Jill Mansell

When Ellie Kendall tragically loses her husband she feels her life is over. But eventually she’s ready for a new start—at work, that is. She doesn’t need a new man when she has a certain secret visitor to keep her company.

Entrepreneur Jack McLaren seems to have it all—wealth, good looks and success. But the woman he can’t stop thinking about won’t give him a second glance. If only she’d pay him the same attention she lavishes on his dog!

Washed-up popstar Roo is sure that she’s finally found the one. Niall is everything she’s ever wanted—that is until she learns that he already has a wife.

Moving to glamorous Primrose Hill in North London, Ellie and Roo form a tight friendship, and the young widow begins to rebuild her life. But in a neighbourhood where image is everything, relationships are not always what they seem…

Picking up the tale of Kvothe Kingkiller once again, we follow him into exile, into political intrigue, courtship, adventure, love and magic…and further along the path that has turned Kvothe, the mightiest magician of his age, a legend in his own time, into Kote, the unassuming pub landlord.

Where She Went by Gayle Forman

Now living on opposite coasts, Mia is Julliard’s rising star and Adam is LA tabloid fodder, thanks to his new rock star status and celebrity girlfriend. When Adam gets stuck in New York by himself, chance brings the couple together again, for one last night. As they explore the city that has become Mia’s home, Adam and Mia revisit the past and open their hearts to the future—and each other.

Told from Adam’s point of view in the spare, powerful prose that defined If I Stay, Where She Went explores the devastation of grief, the promise of new hope, and the flame of rekindled romance.

The Emerald Atlas by John Stephens

The Emerald Atlas is the tale of three siblings who were taken from their parents as infants to protect them from a terrible power. After a string of miserable orphanages, Kate, Michael and Emma find themselves in the strange town of Cambridge Falls where something is terribly wrong.

Featuring an all-star cast of witches and wizards, dwarves and giants, The Emerald Atlas follows the siblings as they journey through time to locate the lost book of Beginning.