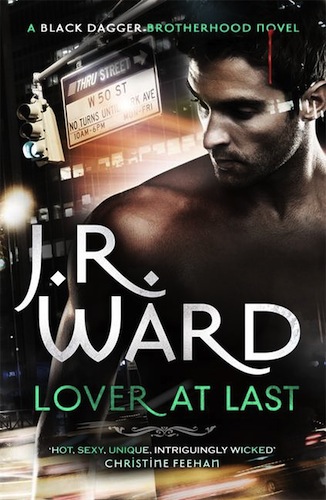 Lover at Last has come in at 592 pages long and 199,807 words, 650 words longer than Lover Reborn. It’s been a tough road, with J. R. Ward’s hard drive getting destroyed, erasing fifty pages of the story, and then restored by a techie Marine and a data retrieval specialist. In the lead-up to Lover at Last’s release in March, Ward has been posting quotes on her Facebook page:

Blay walks past Qhuinn like he doesn’t exist Qhuinn prepares for death “…where upon Layla grows a set” A humble Qhuinn kisses Blay, but it’s not their first hook-up of the book Qhuinn kissing Blay (Blay’s POV) Blay finds out that Qhuinn attacked Saxton Layla acknowledging the important things in life I don’t know what it relates to, but she’s also asked Brazilian readers how a granddaughter would respectfully refer to her grandmother.