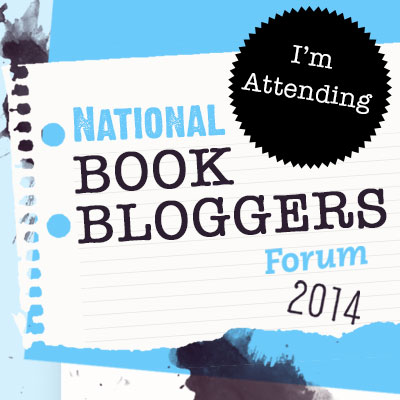 Some books, a few authors, and a lot of navel gazing. Oh, and the Gayle Forman film comes out August 28 in Australia.

Last week, I attended the inaugural National Book Bloggers Forum hosted by Penguin Random House. Blogger events are few and far between in Australia, let alone book blogger events, so this was somewhat exciting for me.

Random House hosted the event at their North Sydney office. Despite being held on a Tuesday during the Sydney Writers’ Festival, the event was relatively well attended, with a number of bloggers traveling from various states to come along. Compared to last year’s Harlequin Summit, NBBF attendees probably got a little bit more out of the day, given that the program went from around 9am to 4pm. That said, it’s still quite a trip to make for a one-day event that was, yes, fun and interesting, but still largely a promotional activity.

The event was kicked off by Random House marketing and publicity director Brett Osmond, who set the tone for the rest of the day. Osmond was very supportive of the role that readers and bloggers play in the world of books. I didn’t get a chance to chat with him, but I remember receiving an email from him way back in 2011 when Marg, Zja, Rosie, Ali and I were organising a blogger meet-up in Sydney. I’ve never forgotten that first attempt to reach out and get to know bloggers, and Brett’s enthusiasm for connecting with bloggers doesn’t seem to have waned in the interim.

The first session of the day was a presentation by Eva Bui and Ellie Morrow, both from Random House’s digital marketing division. They talked a bit about Google and Google Analytics (this overview goes through similar concepts). They also went through some techniques that Random House has found effective, which was very interesting to me as I’m probably lazier than the average blogger when it comes to blog performance analysis.

I found myself a little conflicted by some of the advice, because I’m not sure that all of them will necessarily work for this blog or on Twitter. Some of them I actively avoid, just because I don’t find certain types of posts interesting when I see them on other blogs. But clearly, I’m not the average blog visitor, so what do I know? In any case, one of my guiding principles for blog content is: Don’t be annoying. That pretty much guides what and how we post on Book Thingo. I’m not sure how I can measure performance. :)

But generally, I found bits and pieces of this session interesting, and there were some tips on Facebook strategies that I might try. After our #loveromance project, I realised that perhaps the people who see our updates via Facebook interact differently than readers on Twitter and those who regularly visit the blog. The only issue I have with this is that I try to keep my personal Facebook updates separate to my blogging activities, and I’m wary when these lines have the potential to blur (particularly given Facebook’s capricious policy changes).

The most useful technique I gleaned from the session was the use of spreadsheets to plan content. Spreadsheets! I don’t know why this never occurred to me but it seems so bloody obvious now. Of course, planning and execution are two completely different things, but I think this will be a better approach than our current mishmash of shared calendars, shared documents and adhoc emails.

Later in the afternoon, Random House Australia managing director Brandon VanOver gave a brief overview of the blog-to-book process. I found the information difficult to apply to this particular blog; food and writing bloggers would probably have found this session more relevant. I will, however, award my favourite quote of the day to VanOver: ‘Acquisitions meetings can be the most soul-destroying thing.’

Over the course of the day, we met authors Sneh Roy, Judy Nunn and Bruce McCabe, all of whom had very different journeys to publication. Author talks can be hit or miss but all three were quite inspiring and engaging, even though their books wouldn’t normally fall under my radar.

Sneh Roy blogs at Cook Republic and wrote Tasty Express (Library | Booktopia | Bookworld | Kobo | iTunes | Amz). Hers was more of a personal story about what blogging means to her, but she gave some insights on how she coped with the growth of her audience, and how she maintains her voice in the face of social media. She also mentioned that Pinterest is becoming more significant as a driver of traffic to her blog. Again, though, that’s a lot more difficult to do with a blog about romance fiction. (Unless Pinterest is hugely interested in man titty covers!)

A blogger asked Roy if she noticed a decline in the number of comments on her blog. The answer was yes, and Roy attributed this to the growth in the number of readers using mobile devices, where it’s more difficult to type out a comment, as well as the number of social media channels and blogs. Readers have less time to spend on any one blog.

Judy Nunn was a dynamic speaker, and despite the fact that she’ll always be Ailsa Stewart first and foremost in my mind, I couldn’t help but be totally engrossed as she talked about her inspiration for her Elianne (Library | Booktopia | Bookworld | Kobo | iTunes | Amz). I was planning to get this book for my mother-in-law, who grew up in a place dominated by the sugar industry, but Random House generously gave all the attendees an autographed copy.

Bruce McCabe originally published his debut book Skinjob, and unlike a lot of self-publishing journeys I’ve read online, McCabe attributes his success to the support of bookshops — specifically, Berkelouw Books Dee Why, who was first to stock the book. The momentum for the book’s popularity was driving by bookshop staff hand selling the book and also recommending it to other booksellers. According to McCabe, ‘Nothing I tried to publicise it worked.’ Unlike a lot of self-publishing stories I hear of online, McCabe said that bookshops were essential to his career. The social connections that came from word of mouth recommendations were invaluable and difficult to replicate online.

I also learned that bookshops get a lot of self-published authors asking the to stock their books, and that they very rarely take them up on the offer. (I’m assuming this is due to quality.)

McCabe’s area of interest seems to be the effect of technological innovation on people’s behaviour and psyche. Skinjob basically started from a ‘what if?’ and uses the Twenty Minutes Into The Future trope (and no, I didn’t just pull that out of my…blog, fellow blogger Wade mentioned it during one of our chats). I’m keen to read this book after listening to the author. I asked him if he thought there would be a place for bookshops in 5-10 years. His response was that a lot of people would have to die first before bookshops become unnecessary. Essentially, there’s at least one generation (perhaps more) still attached to bookshops. He did suggest that perhaps they will evolve to hybrid display stores with in-house print-on-demand.

Books in the spotlight

Sadly, there was a total of ZERO romance books showcased during the event, but I had a lovely chat during morning tea with Carol George from Destiny Romance, who mentioned that they’re releasing a book called Yes, Chef featuring a chef heroine. (I think — I wasn’t taking notes during the break.) Looking forward to that! Otherwise, here are some of the titles and authors that caught my eye…

And OH MY GOD YES that’s a hardback copy of Looking For Alibrandi in the swag bag. I never miss a chance to ask a Penguin person if there’s any word on Melina Marchetta’s next book, and NBBF was no exception. I cornered Penguin Teen marketing manager Felicity Vallence about this, and the answer went something like this: OH MY GOD WHAT HAVE YOU HEARD??? And then we kind of talked on top of each other trying to outdo the other with our super fan knowledge. She won, obviously, but only because she works for the publisher.

And finally, the Australian release date for the film adaptation of Gayle Forman’s If I Stay is August 28. Here’s the film trailer and it looks really good.

I also met a number of book bloggers and tweeters in person, which was probably the loveliest thing about NBBF. I find this a little awkward because I completely suck at names and faces, never mind associating real names with online names, and real faces with, you know, the one from 20 years ago that we use online. But once the ice was broken (or the spine cracked, if we’re looking for a better metaphor) there was a lot of book talk to be had. I also discovered this thing called the BookTube, which (if I understood it correctly) is the collective term for the community of book vloggers on YouTube. I had a longish chat with Lesley from Words Of A Reader, and I’m looking forward to checking out more of her videos. I also spent some time chatting with Michelle from Book to the Future and she was the loveliest person, so unassuming despite being such a super awesome blogger.

I also caught up with bloggers that I’ve met in previous forums and meet-ups, but I won’t bore you with the details. Suffice it to say that we had a great time catching up! You can find a full list of attendees and our blogs here, and you can read more about the NBBF event at individual blogs:

Thanks to Random House Australia, and particularly Kirsty Noffke, who was the contact person for attendees, and who ran the program on the day, and Penguin Australia for hosting a very positive and interesting event. It wasn’t quite a blogger conference, but it also wasn’t anything I didn’t expect. I liked that the publicity sessions were mixed in with more informative sessions and author talks. The variety kept me from being bored, and to be honest, even when the publicists were talking about books I normally wouldn’t pick up, they made them sound so interesting that I was constantly thinking of who I can buy the book for.