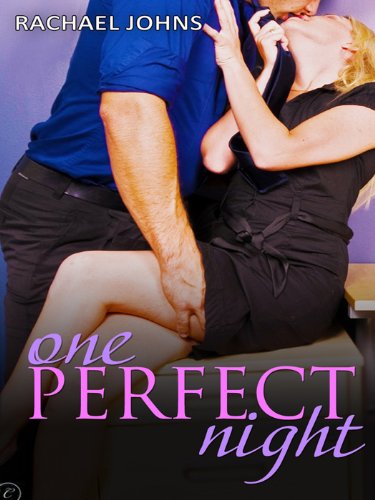 Review of: One Perfect Night

Gets off to a great start but plateaus when the conflicts are piled on to sustain the tension. It doesn't always work, but there's enough here for a quick, enjoyable read.

As many of you know, I’m always a little wary of romances featuring Australian characters because, well, they can be done so, so badly.  Rachael Johns’s debut novel, One Perfect Night, is set in Sydney and features heroine Peppa Grant, who has a one-night stand with the company CEO, Cameron McCormac, after she dings his car and has to pay him back by pretending to be his date.

Oh, it’s a short-length romance. You know how it is.

Despite the far-fetched premise, One Perfect Night starts off at a good pace, with, I was relieved to discover, an unobtrusive Aussie voice. Yes, it’s difficult to imagine a Lamborghini zipping around in the city—not that it doesn’t occur, but culturally, it seems to me that driving such an upmarket car would generally be considered a little…wankerish—and most people give up their bomby VW Beetle obsession by the time they graduate from uni, but whatever. I suppose they’re supposed to symbolise his wealth and her free spirit. Or something. At least Peppa didn’t walk around in peasant skirts all day. And anyone from Sydney knows that it’s not the Lamborghini that matters—it’s the underground parking space in the city.

Unfortunately, the plot plateaus halfway through the book. The employee/boss relationship between the main characters is touched on but doesn’t provide enough tension, so the conflicts between the characters are largely external. Peppa is mourning her recent discovery that she is unlikely to ever conceive children; Cameron is still mourning the loss of his wife.  It all becomes too melodramatic and predictable.

While it’s great to see a hero who’s had a healthy relationship and, more importantly, acts like he knows how to be in one, Cameron’s internal struggle to let go of his dead wife doesn’t always inspire sympathy. By the same token, the too-happy resolution to Peppa’s conflict, while not unexpected, certainly doesn’t feel realistic.

Who might enjoy it: Drivers of bomby cars they can’t bear to part with

Who might not enjoy it: Readers who want realistic portrayals of infertility