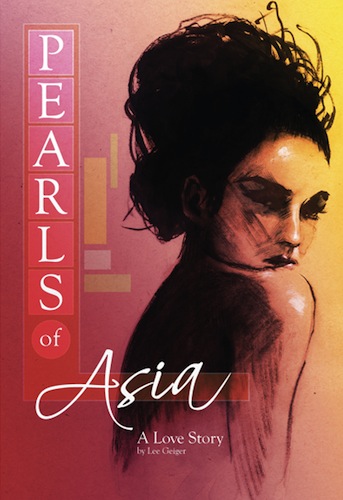 Review of: Pearls of Asia

The story doesn't provide enough depth and suspense to keep readers invested in the outcome. This one is very easy to skim. The story doesn’t provide enough depth and suspense to keep readers invested in the outcome. This one is very easy to skim.

A reading copy of this book was generously provided by TWCS via NetGalley.

A high profile murder investigation leads San Francisco inspector Mac Fleet to the mysterious Sheyla Samonte, with whom the victim’s husband was having an affair. Mac follows her to Pearls of Asia, which turns out to be a high-end club known for its Asian transgender entertainers, and Sheyla is one of the bar’s headline acts. Sheyla refuses to cooperate unless Mac agrees to mix business with pleasure; Mac is torn between his desire for Sheyla, his duty as a cop, and his ambivalence towards trans women.

Lee Geiger’s debut novel meanders between crime fiction, romantic suspense and erotic romance, but it fails to execute any one genre well. Readers with a passing interest in the success of Fifty Shades of Grey might recognise the book’s publisher, TWCS — The Writer’s Coffee Shop, and should expect about the same level of content editing in Pearls of Asia. The characters are mostly stereotypes, the transgender characters aren’t explored much beyond their constant groping and conversational asides about how handsome Mac is or how much they’d like to get him into bed (mostly said in Tagalog), and their preoccupation with being trans women. Stereotypes aside, I give Geiger props for creating individual and believable backstories for most of the characters.

Geiger’s writing shows flashes of wit, and Mac has a certain kind of world-weary charm that occasionally piqued my interest:

If you’re going to play basketball, be a Laker. And if you’re going to be a cop, patrol the Tenderloin. The notorious San Francisco neighbourhood was filled with squalid tenements and stinky alleys, and offered up a troublesome dose of crime served with a strip club chaser.

But it’s let down by the sloppy police work:

“It’s just a thought, Captain, but I’ve got a theory. Based on what we know so far, whoever killed Michelle Osher knew her death would make headlines all over the world. My hunch is the murderer was trying to send a message.”

Or maybe they just really wanted to kill her! There’s also a scene where Mac’s partner examines a photo with a magnifying glass against the computer screen, as well as numerous times when the dancers talk openly with Mac about paid sex work or smuggling hormones from Mexico — correct me if I’m wrong, but aren’t these illegal?

Then there’s the awkward, melodramatic narration:

Taylor Mayes, Mac’s partner, knelt next to the deceased. He was an affable six-foot-five inch bear of an African-American man with heavy lidded dark eyes, his wide forehead a billboard for keen intelligence. “Man, like I always say,” he said in his singsong gravel voice, “it’s never a party until Mac Fleet shows up. I was wondering when your ass would get here.”

“Of course you were,” said Mac. He rubbed the sleep from his deep-set, gunmetal blue eyes and then ran his hands through his thick strands of uncombed salt and pepper hair. Just seventeen minutes earlier, he’d been folding up his sinewy limbs, trying to get comfortable in his now-too-short-for-him kids’ bed, reclaimed since moving back in with his mother after the breakup of his marriage.

which borders on purple prose:

Mac drew in a deep breath, and the delicious bouquet emanating from Sheyla’s bosom filled his nostrils.

Initially shocked at the attraction he feels towards Sheyla, and the aggressive sexuality on display at the club, Mac gradually comes to a point where he can reconcile his desire for Sheyla with his own sexuality. Yet despite the care with which Geiger seems to take in representing the issues faced by transsexuals — I learned a lot about the mechanics and psychology of transgender women from this book — Pearls of Asia is disappointingly  binary in its views on femininity. Sheyla is a contrast to Mac’s ex-wife, who is described as ‘that cold-blooded bitch’ and ‘that sorry excuse for femininity’. Mac generally idealises the Pearls of Asia dancers and judges them on their ability to portray traditional feminine characteristics.

Mac is convinced of Sheyla’s innocence, but there’s increasing pressure to make an arrest in the case, and she’s the only credible suspect they have. By this time, Mac and Sheyla have consummated their relationship. The sex scenes are graphic but not gratuitous, almost erring on the side of tenderness and in keeping with the way Sheyla is idealised throughout the book. The romance, though, is tepid at best. Their relationship remains unexplored beyond Mac’s awe at Sheyla’s beauty and conspicuous femininity, and I’m still not sure why Sheyla pursues Mac so relentlessly.

The main reason I requested this book is because it features a Filipino character; in fact, I think all the Pearls of Asia dancers in the story have a Filipino background. I was interested in how the book portrays Filipino transsexual sex workers. The Filipino dialogue is passable, although there’s at least one word used that doesn’t exist (or, if I give the author the benefit of doubt, contains a typo) and the punctuation isn’t always quite right. But there’s an even bigger problem: the Filipino characters all come from Cebu, and their native language would not be Tagalog — it would be Cebuano. I find it difficult to believe that Tagalog would be the preferred language among fellow Cebuanos.

Beyond the dialect, to me the dialogue also smacks of sex worker language. This isn’t something I can explain well, but it’s the vibe I get from Sheyla’s friends, and it undermines what is supposed to be a deepening romantic relationship with Mac. Each time Sheyla has a conversational aside with a friend in front of Mac, I stop thinking of him as a romantic interest, and he becomes just another conquest.

Geiger also has a tendency to assume that Mac can identify a Filipino in one glance. In reality, Filipinos have such diverse ancestries that it’s common for them to be mistaken for other Asian nationalities. It’s not until they speak or reveal their names that it becomes easier to differentiate them from, say, Indonesians or Malaysians. Mac’s presumption comes across as quite unprofessional.