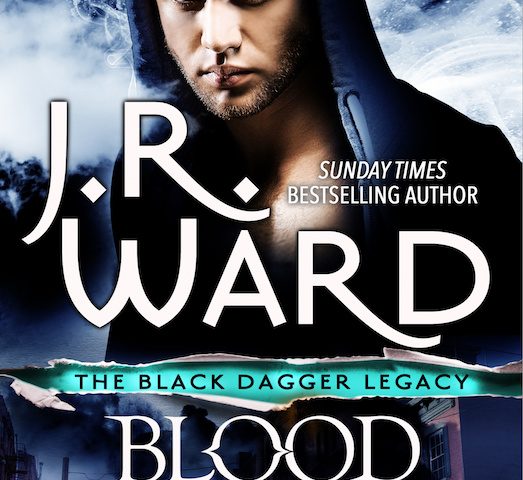 J.R. Ward fans, rejoice! We have virtual signing dates for Blood Fury and release details for The Thief.

EDIT: The virtual signing begins an hour earlier than originally posted. The correct time is 8am EST/midnight AEDT.

Blood Fury, the third in the Black Dagger Legacy series, is due for release in January, but its virtual signing begins Monday, 27 November at 8am EST, or at midnight AEDT (Sydney/Melbourne). If you’re in Australia, this will not be the cheapest way ever to get the book. Using the cheapest trackable shipping option (there is a cheaper option, but the virtual signing crew really don’t recommend not using a non-trackable option. From memory, there’s nothing they can do from a customer service perspective if something goes wrong and you haven’t chosen a trackable option), and bearing in mind currency fluctuations, the signed hardcover will set you back around AU$100-120.

Blood Fury gives us Saxton and Ruhn (I was hoping it would be him! Maybe there was a Bastard with some hidden depths, but I had a better feeling about Ruhn), and Novo and Peyton. I have to be a bit more sympathetic towards Peyton because he’s been through a lot over the past couple of books, but I still want him to grow and finally become good enough for Novo, who is my favourite trainee. She is bisexual and has casual sex, which is still not the norm for romance heroines, and she’s also caring towards the people around her (remember how she helped play cupid for Paradise and Craeg?). In some ways she is a bit of an amalgam of Xhex and Payne, but also has aspects of her own personality. She’s kickarse, but not a hardarse — and speaking of arses, I really want Peyton to finally unwedge his head from his own.

Check out the book trailer on Ward’s Facebook page.

We may not get very much of it in this book, but the Endelview estate where civilian contractors and doggen needlessly died during Lash’s raids has come up in this spin-off series, and I want to see if any legal or civil action will be taken against the family. Could there be a class action against them? The Thief (Black Dagger Brotherhood, #16) will be released early April. Lisa Renee Jones got to reveal the cover and ask J.R. Ward a few questions (Keep reading on when Lassiter gets a book) at POPSUGAR.

There is confirmation that we will see Adrian and Eddie again, and given the direction the series is taking away from the Scribe Virgin, Omega and lessers, moving towards Throe and demons (and Devina?) I will be adding the Fallen Angels series to our cheat sheets. Hopefully before The Thief is revealed.

And if you just happen to be passing by the state of Kentucky in September 2018, you can meet J.R. Ward (along with Jennifer L Armentrout, Gena Showalter and Rebecca Zanetti among others), get books signed, ask questions, and hear her deliver a keynote speech at Readers on the River. Click here for tickets.