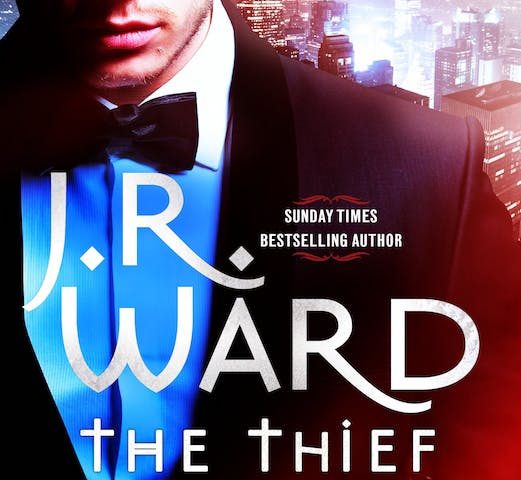 Kat’s note: Decadence has had this post ready aaaages ago last year, but it languished in the Drafts folder because I didn’t realise it was there. To all you BDB fans: I’m sorry!

So much has happened since my last post and the release of The Thief. J.R. Ward held her traditional live event at Cincinnati, where she announced that the next book will be Murhder’s (FINALLY!) and will be called The Savior. Her Facebook page has been busy with Throwback questionnaires and the implementation of new procedures.

We have a transcript for her live event at Cincinnati.

Jo Early ends up with Sin from the Band of Bastards, and they’ll get their own book!

Devina’s has a role in The Savior, so I’ll try to have the Fallen Angels added to the cheat sheets before then.

Although it was not explained in The Thief how Sola was going to live beyond a human lifespan, she will still have a HEA not affected by her death.

We are going to see a wolfen in The Savior. FINALLY! Jose De La Cruz is not a wolfen.

The next BDB book will be The Savior, about Murhder, who briefly returned at the end of The Thief. I don’t know who Murhder’s heroine will be yet, since he’s still in South Carolina and has yet to return to Caldwell. Ward has said that it’s not Jo Early and it’s someone we haven’t met. Might be one of the Chosen or possibly someone working with Havers?

The first line of The Savior is, “You, sir, are a bag of dicks.” Open to speculation on who said it.

We’ve seen Saxton and Tohr working together on HR procedures for the Brotherhood, so that, as an example, Wrath can’t just boot someone out when they screw up. Right around the same time, JR Ward has been sharing Throwbacks, where she gets the original brotherhood to complete a questionnaire.

Vishous, for real this time

Lassiter, who has an interesting way of answering questions

Fritz, who is uncomfortable being in the spotlight, but also can’t stand to say no to someone

Ward’s new series is a non-paranormal contemporary romance about firefighters set in Boston, with book 1, Consumed, released in October.

From the number-one New York Times best-selling author of the popular Black Dagger Brotherhood series comes a brand-new novel about arson investigator Ann Ashburn, who is consumed by her troubled past, her family’s scorched legacy, and her current case: chasing a deadly killer.

Anne Ashburn is a woman consumed….

By her bitter family legacy, by her scorched career as a firefighter, by her obsession with department bad-boy Danny McGuire, and by a new case that pits her against a fiery killer.

Strong-willed Anne was fearless and loved the thrill of fighting fires, pushing herself to be the best. But when one risky decision at a warehouse fire changes her life forever, Anne must reinvent not only her job, but her whole self.

Shattered and demoralized, Anne finds her new career as an arson investigator a pale substitute for the adrenaline-fueled life she left behind. She doesn’t believe she will ever feel that same all-consuming passion for her job again – until she encounters a string of suspicious fires setting her beloved city ablaze.

Danny McGuire is a premiere fireman, best in the county, but in the midst of a personal meltdown. Danny is taking risks like never before and seems to have a death wish until he teams up with Anne to find the fire starter. But Danny may be more than a distraction, and as Anne narrows in on her target, the arsonist begins to target her.

From the creator of the bestselling Black Dagger Brotherhood, get ready for a new band of brothers. And a firestorm.

Ward created a little quiz to help readers figure out if they’re likely to enjoy Consumed.

As an intro to the Consumed world, Ward has released a free prequel, The Wedding From Hell, with Part One: The Rehearsal Dinner available for download now. And it’s available to us in Australia as well!

It’s a classic recipe for disaster: Take one bridesmaid who thinks pink is the root of all evil. Mix with a best man who’s hotter than a four-alarm fire. Add in their explosive sexual attraction, a nightmare bridezilla, two catfights, and an emergency call, and you have the wedding from hell! Come get to know Anne and Danny, the hero and heroine of Consumed, and see their relationship go from friends with innuendo to holy-$&*#-did-that-just-happen?! Is this the start of something good for them? Or just an erotic one-night stand that rocks them both but is never to be repeated? Only their hearts know the answer to that, much as their minds might disagree.

If you’re like many Australians who does not want anything to do with Amazon after they cut us off because they don’t want to pay tax on our sales, it’s available from Kobo.

I don’t know how long it will be free or if there are any plans to release it later as a whole, so download it now.