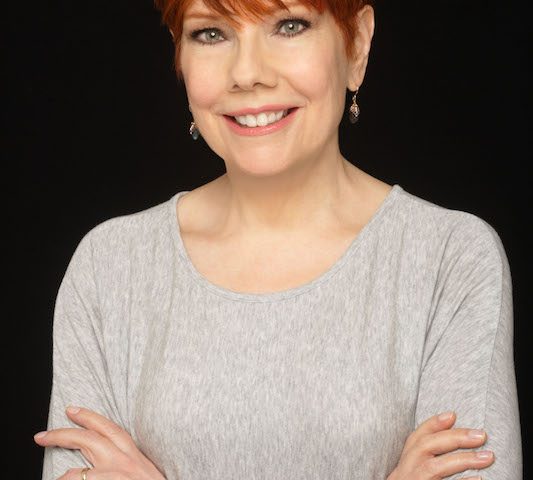 The Australian Romance Readers Association contacted Jayne Ann Krentz [ F | W ] about the possibility of including her in events in Australia and she told them that she was coming to Australia as part of a cruise, so ARRA lined up a series of events to suit her itinerary.

I wasn’t able to go to the high tea at Bowery Lane in Sydney, but I was there at the signing afterwards. Among the people I saw there was a lady who brought all her hardcovers in carry-on luggage, outdone by someone who brought her entire collection in a suitcase, in four stacks from top to bottom. My store was near the venue, so I brought the books we had on hand and was easily outclassed by these ladies. We cycled through the queue several times and, to her credit, Jayne signed everything we put in front of her.

She was really gracious about seeing the same faces over and over again with more books to sign, and she always checks the cover or title page to see which name she will be signing under.

Although she has been releasing futuristic paranormal, historical and romantic suspense for over 20 years, I have only read Amaryllis [ BT | Amz | iT ] so I asked people around me which of her books they would recommend to a first time reader. The obvious answer for many people was ‘it depends on what you like’, which is fair enough since she writes across three romantic subgenres. Since other people gave me their favourites, I started asking about that instead.

While I was in line, there was some debate as to whether she would continue the Arcane series, so I asked her when it was my turn. She doesn’t think so, but ‘never say never’.

When she isn’t writing, Krentz likes to read Christina Dodd, Elizabeth Lowell, Susan Elizabeth Phillips, and is getting into lady sleuth series, such as Deanna Raybourn (I think she was referring to the Veronica Speedwell Mysteries) and A Study in Scarlet Women [ BT | Amz | iT ] by Sherry Thomas.