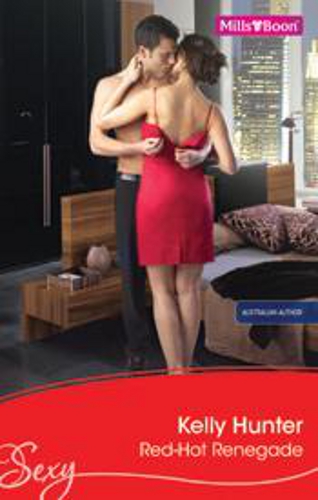 Sexy, angsty and deeply moving, this story is everything we love about category romance. Oh, and the heroine? She's the tycoon. This one's a keeper.

This RITA-nominated book is sexy, angsty and deeply moving—everything we love about modern category romance. Oh, and the heroine? She’s the tycoon. This one’s a keeper.

You may have noticed that I’m in the middle of a Kelly Hunter glom. How I missed this awesome Aussie author boggles my mind, but Red-Hot Renegade (published in the US as Her Singapore Fling) is the book that made me first try Hunter’s work.  Nominated for this year’s RITA awards, the book also features an Asian heroine with an Australian hero.

The back story for this novel is set up in the previous books of the series, which features the romances of Jacob Bennett’s siblings. Jacob’s estranged wife Jianne is being stalked and, having run out of options, she reluctantly comes to him for help.

Jacob is a martial arts champion who runs his dojo in Singapore. For reasons neither he nor Jianne want to acknowledge, they’re still officially married even though Jianne walked out on the marriage twelve years ago. What makes this reunion story different is that neither of them blame the other—instead, they remind each other of the guilt they feel about not having fought hard enough to save their relationship.

Jianne practically begs Jacob to let her stay at the dojo—where he also lives—until Zhi Fu, her unwanted suitor, gives up. Jacob practically begs her not to even suggest it, but they both know that it’s the best solution. They’ll pretend to rekindle the relationship, and if Zhi Fu becomes desperate Jacob is more than capable of physically protecting Jianne.

This is the perfect setup for some delicious angst, as Jianne takes over Jacob’s bedroom and both torture themselves with thoughts of what’s keeping the other awake at night. Jianne starts off as an almost helpless heroine, but in Jacob’s presence she’s transformed into a sensual, wicked and deeply emotional partner.

She turned and smiled at him politely, every inch the poised and perfect house guest. No trouble, no trouble at all. Until something flickered in her eyes, something stolen and sensual and altogether familiar. If Jacob wasn’t mistaken, here stood a woman who’d sought sexual satisfaction in the dark of the night. And found it.

What the hell had she been doing in his bed?

Hunter does beautiful things with this couple. Their bedroom scenes are hot and rough and tinged with desperation, and I found them utterly moving. The way Jacob and Jianne work through their guilt and find the courage to claim what they need from the relationship is so subtle it’s bordering on not enough information. I love this.

I haven’t read all the preceding books in the series, but as a standalone read, Red-Hot Renegade focuses almost entirely on Jacob and Jianne’s reunion rather than their first encounter. Even the reason for their estrangement is only hinted at for most of the book.  Those who need to understand Jacob and Jianne’s entire back story will be disappointed.

In my review of the book prior to this one, I made much of Hunter’s references to warriors, tigers and Kung Fu Panda. Red-Hot Renegade uses similar references, but for the most part they’re toned down, with the exception of the antagonist’s name. Zhi Fu is close enough to Shifu that I had to suppress a giggle every time his name was mentioned.

Singapore also comes alive a lot more in this book. The non-Western characters feel less clichéd. However, the dialogue has a distinctly non-Asian feel to it. It’s not that I want it to sound Asian, it’s that there are some turns of phrases that just don’t feel suited to the characters. Jianne was born into wealth, so it’s possible she was the product of a Western education or received top-notch language instruction, but the same probably can’t be said for the homeware salesman.

But by far the biggest weakness in the story is the anticlimactic resolution to the stalker plot. Hunter tries to be too clever and it’s more puzzling than satisfying when all the loose ends are tied up in the epilogue.

But…who cares? Any imperfections in the writing or the plot are easily ignored because the emotional layer of the story is just so, so good.

To top it off, this book is really funny. Hunter knows what tickles a romance reader’s sense of humour—the hero trying to distract himself from the sexual tension, the alpha hero’s manly prejudices, the hero’s brothers needling him while he’s suffering from, well, trying to repress the sexual tension. Oh, and the heroine torturing him with yet more sexual tension.

We love a tortured hero.

Sexy, angsty and deeply moving, this story is everything we love about category romance. Oh, and the heroine? She’s the tycoon. This one’s a keeper.

Who might not enjoy it: Readers who need a fully fledged backstory

This book was published in the US as Her Singapore Fling.