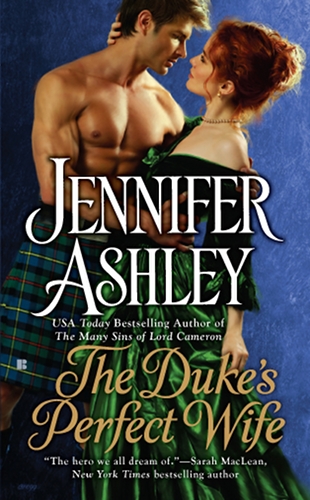 A moving second-chance romance with well-developed characters. I can’t say enough about this series.

Hart Mackenzie, head of the notorious Mackenzie family, plans to run for prime minister. He took over as head of the family at a young age, protecting his younger siblings from his psychotic father. He was once engaged to Eleanor Ramsay, the love of his life, daughter of an eccentric but impoverished earl. Unfortunate circumstances led to the breaking of their engagement and it’s quite obvious from the start that they never really got over each other.

Now, Eleanor is back in his life, having received a nude photograph of Hart taken a long time ago. Who sent the photos? And can he really handle having Eleanor back in his life?

This story reads like it could have come out of a modern tabloid. Aspiring political candidate let his ex-mistress take photos of him naked when he was young, she died under scandalous circumstances (see book 1) and suddenly his ex-fiancee is receiving the photos in the mail, one by one. If this gets out in the press, Hart’s political career and his party are ruined and with it his dream of an independent Ireland (then Scotland!) someday. So in comes Eleanor, the ex-fiancee, to find the origin of said photos, under the pretense of being his secretary.

I love well-written second chance romances and author Jennifer Ashley does them very well. To me this is what the story is about, and the photos come second. Ashley does a good job of fleshing out Hart and Elizabeth’s relationship and slowly showing us what led to the last big break up before bringing them back together.

I loved both characters. Eleanor is not bitter; she has truly tried to move on with her life. She’s realistic and pragmatic, and from the start you can tell she is a perfect match for Hart, the crazy control freak alpha male.

Their relationship is moving on so many levels. I thought I would cry at some parts, and that was before they even got to why they broke up. Their longing for each other, and the motivations behind the why-we-can’t-be-together-but-I-still-want-to, are well shown.

The secondary characters are also priceless. I love this entire family and have faithfully followed the series from the start. I think you can appreciate them even if you haven’t read the rest of the series—this book can be a stand alone novel—but it’s funnier when you know their back stories. I loved their interaction as siblilngs, and I loved how everyone loved Eleanor. No annoying younger siblings or dramatic stepchildren to deal with.

There is also a lingering theme that runs through the series about Hart having unusual sexual tastes but that, to me, wasn’t really such a big deal—it seemed like a minor afterthought that wasn’t so necessary. (To say any more would be a spoiler.)

I can’t say enough about this series, and I always enjoy it for the strong characterisation and the way the story flows, plus the well-written second chance romance.