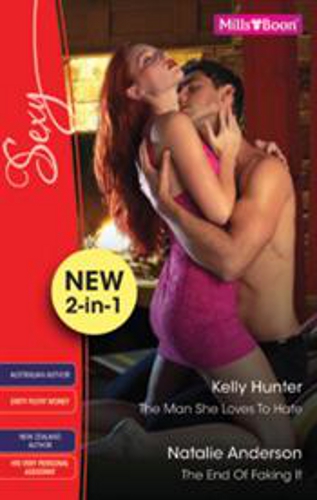 Jolie Tanner has just removed all of her mother’s possessions from her mother’s recently deceased lover’s hideaway, when she’s caught in an avalanche with the dead lover’s son, Cole. Cole and Jolie used to be friends, but when news of his father’s dalliance with her mother became public ten years ago, Jolie was shunned and she’s borne the stigma of being a mistress’s daughter ever since.

As you do in a blizzard, Jolie and Cole share quite a bit of body heat, and what’s supposed to be a we’re-half-asleep-and-aroused-so-let’s-just-take-the-edge-off kiss ends up in unprotected sex that’s only partially mitigated by the fact that Cole isn’t a shirker and Jolie isn’t stupid enough to have sex without any form of birth control.

Before I go on, let me say that it puzzles—nay, pains—me to read that ‘hot seed spilled deep inside’ the heroine at the climax of a sex scene, and then two pages later, when she’s having second thoughts, to learn that ‘her panties [were] wet with [the hero’s] semen’. I’m uncertain of the rules for when one ought to expect euphemisms in a Mills & Boon novel. Is ‘semen’ considered more sordid than ‘seed’?

Cole and Jolie aren’t complete idiots, and despite the hash their parents made of their relationships, they continue to see and enjoy each other in secret. Eventually, though, they have to see if they can be together in the real world. Cole’s family is incensed and his mother takes drastic measures to manipulate Cole into ending the affair.

What makes Hunter a fabulous Mills & Boon author is that she refuses to let Jolie play the martyr. Jolie’s shyness is the reason she can’t cope with her mother’s—and by extension her—notoriety, but she does well enough to stand up for herself in front of one or two people.

Hunter also avoids the Big Misunderstanding cliché. Cole and Jolie know in their hearts that their relationship is special, and even when they’re derailed by a judgemental housekeeper or a needy sister, they fight for their right to that relationship. It’s really quite wonderful.

And is it just me, or does Hunter love the warrior hero? Cole’s not a martial arts expert and the story is set in New Zealand’s South Island, but somehow Hunter manages to evoke the fierce warrior without it sounding too uncool or out of place. Much.

Hunter’s prose isn’t always smooth, but at times I was moved so deeply by this book. There’s a particular moment when, for a few seconds, I was reminded of my favourite author. I was a little stunned.

‘Ask me what I dream of, Jolie. Ask me where I go when I close my eyes at night.’

Wary, and so she should be, given the chaos she caused in him. Cole stepped in close and bent his head so that his lips brushed the hair at her temple. ‘…just for the record, when I close my eyes at night I think of greedy lips and silken skin and blinding passion the likes of which I’ve never felt before. Ask me where I go each night, Red.’

Grey eyes, wide and startled. A mouth made for kisses; not one kiss but more.

‘Where?’ she whispered and it was a supplicant’s murmur and it magnified the heat deep inside him a hundredfold.

One last thing. I love the look and feel of the Riva line (check out the cover below). The actual book feels lovely, too.

Who might not enjoy it: Sticklers for safe sex