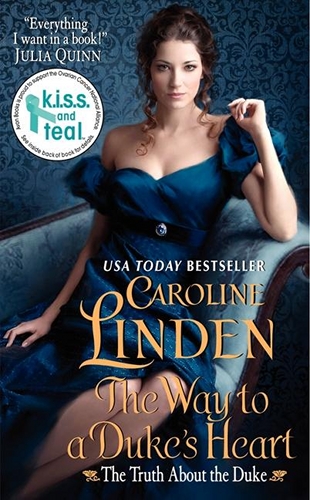 This book is like a sweet old-fashioned dessert—nice but not extraordinary. And sometimes that’s just what you need.

Tessa Neville is a widow who serves as a sort of steward to her brother, a viscount. Since she has a head for numbers and is good with investments—insert type A personality and bluestocking alert here—she often investigates potential investments for him. This time around she’s looking into a canal that’s being built and sussing out the possibilities.

Tessa is frank and outspoken by the period’s standards, although to me, she still sounds polite when she’s making a point. As she is a widow, she is given certain leeways to travelling without a male escort (she comes with Eugenie, her lovely maiden aunt) and we get the impression that people are more open to doing business with her because of that.

Charles de Lacey, Lord Gresham, has always been the kind of guy who doesn’t really do responsibility. He’s the heir to a dukedom, but he’s left the estate in the hands of his brother, and he’s been sort of gallivanting through life forever. On his father’s death he discovers he may not be able to claim his dukedom, on account of possible bigamy on his father’s part, leading to him being declared illegitimate. The proof of his legitimacy lies in discovering the source of threatening blackmail letters to his father. He has traced the source back to the same town that Tessa is in—and it seems that he is the very same builder of the canal she’s looking into.

This book is part three in a series. I have not read the first two—I don’t feel the need to read them at this point, since I’ve come in at the end—but this book manages to stand alone well enough. Of course, you realise there are more books—he has two brothers, after all—but everything is well explained or shown and efficiently summarised. No dramatic wordiness used.

At first, Charles decides to gain Tessa’s acquaintance to get an introduction to the possible blackmailer. This eventually develops into mutual respect, and then love, as he becomes more aware of her as a woman and enjoys her personality. Tessa is both confident and insecure at the same time. She is used to being disparaged for being a woman, for having a brain, and is surprised that someone could actually like her for that. Having been burnt before, she has trouble trusting Charles. I found that I could relate to her because I know what its like to be disparaged for being yourself, which is essentially what happens to her time and time again.

I liked Charles. He is genuinely funny. If I met him in real life I’d think he was cute but OMG unreachable, which is exactly what Tessa thought in the end. (After she tried to convince herself it was just an affair and insert big misunderstanding here.) I got quite caught up in the blackmailer story, and I thought that part was well paced. Charles—he’s really a Charlie—grew a bit in this book, just enough to have some balls but not enough that he became all serious and super-Dukey, if you know what I mean.

The only thing I found weird was that when they first had sex, it seemed a little out of character for the heroine. It felt a bit like an excuse to insert a love scene. Everything after that was nice, though.

Also, can I just say that when I read this heroine’s name for the first time I had to blink and think, Isn’t this a romance novel author’s name? Then I realised it was a combo of Tessa Dare and Miranda Neville. Took me a while, though, and I kept picturing her writing a novel. Anyway.

This book is like a sweet old-fashioned dessert. There isn’t anything extraordinary about it and it won’t blow you away, but sometimes that’s just what you need—a nice romance that makes you smile.

Who might not enjoy it: Readers who love over-the-top characters

Title: The Way to a Duke’s Heart (excerpt)
Series: The Truth About The Duke (Book 3)
Author: Caroline Linden
Publisher: Avon/HarperCollins