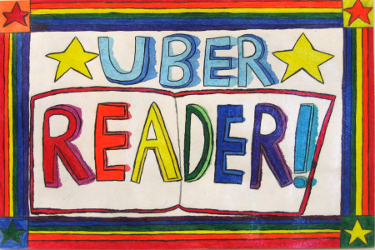 And then there were five…

I’ve been meaning to announce this for a while, but some time ago Jen (aka @dumblydore) joined the Book Thingo team!

(It might have been around the time she posted this awesome review of Twilight, the graphic novel, complete with customised sparkly features.)

Jen is a Melbourne-based graphic designer with a particular interest in popular culture, and I think she brings quite a different perspective to reviewing books than any of the other Book Thingo bloggers. Many Aussie romance readers have probably seen her work—she has designed banners for ARRA and websites for various authors.

We’re totally chuffed to have her as part of the team!

For those of you who play over at Google, we now have a Google+ page. At the moment, it mimics our Facebook page, so you can choose your preferred social network.

Last year I created Kill a fairy, a site dedicated to spoiling book endings for those who, like me, won’t read a book without knowing the ending first. There are no spoilers on the front page—they’re all behind the cut—so you can check it out without fear of spoilage.

I’ve tried to walk a tight line between revealing the ending and revealing everything about the novel. It’s not meant to be a full recap, but another way of helping people decide whether or not they want to read a book.

And for the curious, I post excerpts of my current reads in a tumblelog. This isn’t updated often, but it’s there for when I want to bookmark quotes from books that will either expire (eARC) or need to be returned to its owner (especially library books). I’m tossing up the idea of using it for review notes, as well, as I usually read when travelling, and I don’t always have pens and post-its handy.