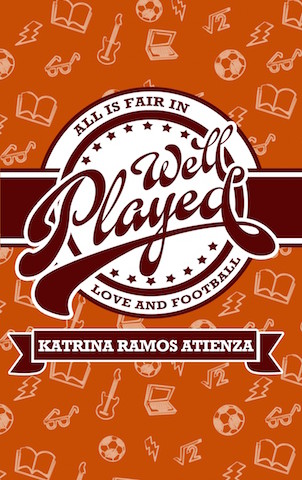 A clever modern retelling of Pride and Prejudice as a new adult romance set in the Philippines, but suffers from the same weaknesses in the romantic arc as the original. YMMV. A clever modern retelling of Pride and Prejudice as a new adult romance set in the Philippines, but suffers from the same weaknesses in the romantic arc as the original. YMMV.

In this modern retelling of Jane Austen’s Pride and Prejudice, varsity football (soccer) player Patrice Reyes clashes with maths nerd Paul Dalmacio. Patrice needs to maintain her grade-point average to keep her scholarship, and when she’s partnered with Paul in her Expository Writing class, not only can she not avoid him, she’s now depending on him for her grades.

He sniffed irritably. ‘I solve complex math equations daily. I’m sure I can manage…papers every week.’ He almost spat out the last three words.

Patrice rolled her eyes, and Bit-Bit’s eyebrows arched. The Bachelor of Arts kids were used to being condescended to by the students taking up BS (Bachelor of Science) courses… But to face that condescension in their territory, the Humanities building, and in their class too, was incredibly insulting.

As a retelling of a beloved classic, Well Played by Karen Ramos Atienza hits the right balance between homage and originality. Atienza’s rendering of university life in the Philippines is vivid, anchored in local culture and traditions yet still completely relatable. It helps that I understood some of the local references, but I imagined the story happening in Sydney and not much about it would change either — certainly, nothing essential to the story.

Part of the universality (heh) of this reading experience is due to the strength of Patrice’s narrative voice. As with Austen, Atienza imbues her heroine with qualities that the reader can’t help but admire and barrack for. The story includes a lot of minor characters, but they’re all anchored against Patrice’s narrative and are surprisingly easy to keep track of.

Atienza’s clever reimagining of the major plot points in Pride and Prejudice provides a seamless reading experience. At no time do the events feel out of place. Jane being sick becomes Gia, Patrice’s friend, getting roofied (bonus vomit scene!), and Lydia eloping turns into one of Patrice’s housemates disappearing in the company of a feckless band musician. Even the class difference between Lizzie Bennet and Mr Darcy is woven into the story:

In some ways, the social gap between Paul and Patrice reminded me of Courtney Milan’s Trade Me, but done in a much more subtle way. My own experiences at university are reflected here, and one of the things I like to see in new adult romance is characters who begin to recognise their privilege, because this truly does change the way we view our world. Meanwhile, Paul has his own issues and experiences that Patrice gradually discovers.

I’ve known a Paul. In fact, I’ve dated a Paul. Probably, the guy I dated was worse than Paul, so the arrogant Science nerd looking down on Arts students is a stereotype I’m more than happy to accept. And to be honest, Paul isn’t so bad, but he suffers from the same problem I have with the source material — Mr Darcy and Paul are largely inaccessible. Well Played is told using the third-person limited (mostly) POV, and it’s unfortunate that Atienza doesn’t write some of the scenes from Paul’s perspective. I’ve always felt this to be the biggest weakness in Austen’s work, and the deficiency is more stark in a modern setting where I need to understand why the hero is so taciturn and borderline rude.

‘Isn’t this great?’ she smiled. ‘You must feel so lucky to have gigs like this at your building all the time.’

‘I’d much rather sleep,’ said Paul.

As she watched the new band set up on stage, Paul remained at her side. She could feel him there, standing still like some sort of weird statue and spreading Eau d’Awkward.

To be fair, Well Played is marketed as chicklit, not romance. But as a consequence of not fully understanding Paul’s perspective, the romance felt a little flat to me. Which isn’t surprising, because the first time I read Pride and Prejudice I couldn’t see why anyone would want to end up with Darcy. (I’ve always found Darcy to be horribly douchey and barely redeemed by the end of Pride and Prejudice. It wasn’t until Colin Firth that I started rethinking my stance, and Elliot Cowan’s pond scene sealed the deal. But I credit the actors more than the story itself for my change of heart.)

The connection between two people in love can owe so much to chance: a frustrating mix of the right timing of feelings developing at the same pace and reaching the same intensity; waiting for one to make the right move and hoping that other reads it as intended; countermoves; and the final burst of courage to confess and lay oneself open to the acceptance — or rejection — of the other.