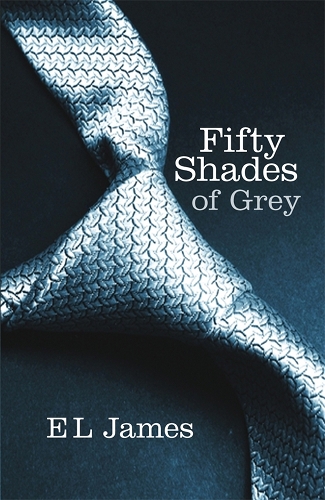 If you don’t understand the appeal of the Fifty Shades trilogy, then please stop pretending to recommend books to FSoG readers when you’re actually recommending books to readers who are not them.

Here are some of the most frustrating things about the Fifty Shades of Grey phenomenon:

2. Booksellers who snigger about how terrible it is while promoting it to within an inch of Christian’s, um, tie.

3. ‘If you like Fifty Shades of Grey then you’ll like…’ reading lists that demonstrate how badly genre fiction is understood by the literati in Australia. (Or I could be less gracious and say it’s snobbery, but I’ll give them the benefit of doubt.)

Look, I get it. I’m stuck on chapter two of my 50 pages of Fifty Shades challenge because of the awkward prose, vacuous heroine and creepy hero. I get that this book isn’t going to win literary awards. I get that there are a bajillion better written books out there that booksellers, publishers, editors and authors would love to foist on readers.

Believe me, I get it.

But the thing is, the people who love the Fifty Shades trilogy aren’t in it for spectacular writing. They’re not even in it for salacious bondage scenes.

My guess is—because, of course, every reader is different—most of them love it because it entertains them and gives them a positive emotional rush with a touch of naughty of excitement.

Here’s what I think lovers of the Fifty Shades trilogy are looking for:

A fairly conservative approach to relationships. Ana and Christian are young, white, heterosexual and well-educated. At least Twilight had vampires. Fifty Shades doesn’t even have that. Ana and Christian don’t cheat on each other, and they don’t have sex with other people.

A fairly conservative approach to romance. The entire story revolves around the connection between Ana and Christian. It’s about love at first sight. It’s about a man who can have anyone he wants but chooses an awkward, clumsy ingénue. This is a very common trope in the more traditional Mills & Boon lines.

A happy ending. Take this away and I daresay you couldn’t persuade people to read the books for free.

The Fifty Shades trilogy speaks to mainstream readers interested in reading stories that push their boundaries in a non-threatening manner. The irony is that the romance genre and popular (as opposed to literary) erotica are actually more diverse than this.

It’s ironic, too, that romance readers who didn’t like the Fifty Shades trilogy are forced to suffer through the media hype and misunderstanding directed at them. It’s become so frustrating that we sometimes forget that blame for the literati’s ignorance shouldn’t be laid at the feet of readers who have fallen in love with Ana and Christian’s story, despite its flaws.

What do you think? What books—and why—would you recommend to someone who has just read and loved the Fifty Shades trilogy? I’d love to know your recs so I can compile a genre-friendly list.

Thanks to @infogenium, @SonomaLass and @mieldv for beta reading this post and for their excellent suggestions on how to improve it.