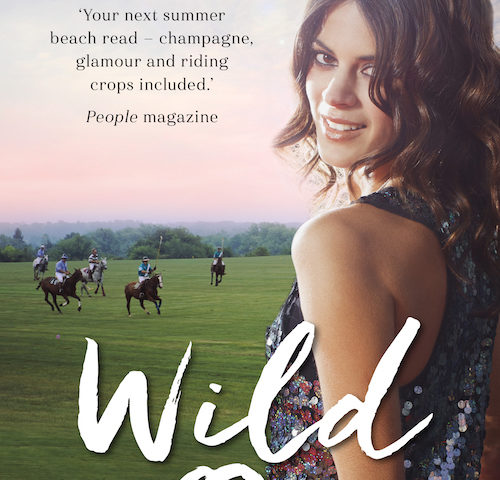 Review of: Wild One

An alpha hero who doesn't make assumptions about what the heroine needs? Hell, yes! An alpha hero who doesn’t make assumptions about what the heroine needs? Hell, yes!

I was outside of Eden before I met you, mi amor. I was a man who didn’t know his true place in this world … and now I find myself at home.

Finally, a romance where the female character is equal to her love interest!

Wild One is the second book in The Polo Season series. Each book in this series, High Season (Book 1) and Ride Free (Book 3) are stand alone. I recommend you read them in the correct order because each preceding relationship is mentioned in subsequent books. I found it nice to read that, two years after High Season, Alejandro and Georgia are still going strong in Wild One.

The Polo Season series is written by Jessica Whitman, who worked closely with the gorgeous Nacho Figueras, famous polo player and Ralph Lauren model, to bring the world of polo to life.

In Wild One, we dive into the life of Sebastian Del Campo, the younger brother of Alejandro, from book one.

Sebastian has lived in his brother’s shadow for years, and despite his exceptional talent for polo, he just can’t seem to find the passion to keep playing. He has spent years avoiding his feelings by surrounding him self with ‘stick chicks’ (polo groupies) and drowning his feelings in expensive alcohol.

Katherine ‘Kat’ Parker is a famous Hollywood director, who was once an ‘It Girl’ after her debut movie was nominated for an Oscar. Unfortunately, her follow-up movie was a flop from which Kat has not been able to recover. Realising just how fickle the industry can be, she has come home to Florida to take a career break and find inspiration for her next project.

When Sebastian meets Kat, he is instantly drawn to her down-to-earth attitude, her passion for her job, and her talent. In an effort to spend more time with Kat, Sebastian agrees to share the amazing life story of his grandmother Victoria, who was one of the first women to play polo.

Kat finds the life of Victoria an inspiration for her next screenplay, and Sebastian her muse.

I admit that I’m new to the romance genre, but what I have read so far tends to lean towards Cinderella-like stories: rich, handsome boy meets poor, insecure girl, he and his riches sweep her off her feet, and everything in the world is right again.

Reading this book was a refreshing change.

Kat is a very strong character with lots of girl power. She lives the life she always dreamed of, she has her own money, her own success, and her own failure. She has her destiny in her hands, and she’ll get to her goals on her own. What I like most about her is that she wasn’t ashamed of where she came from — she goes to the Del Campo house to help her mum, the housekeeper, clean. It wasn’t beneath her, and she wasn’t embarrassed despite that fact that only a few year earlier she was nominated for the most sought-after prize in Hollywood.

Sebastian, on the other hand, always had everything he wanted — fame, money, fast cars, and his pick of women. Yet when he meets Kat, he isn’t imposing with his personality. He is able to put his ego to the side just so he can remain next with her. He doesn’t push his power or money onto her, and he actually listens to her needs and wants without making assumptions about what he thinks she needs.

In fact, I think that what makes a true alpha male sexy is his ability to be equal to a strong woman, to form a true power couple that dominate together.

This story truly had it all. There was just the right amount of intrigue, pent-up lust, heartbreak and romance.

Oh, and then there were the sex scenes … … probably made all the more hot due to the build up.

His skin was golden and smooth. His muscles were so hard and defined that she actually stopped for a moment and laughed at his perfection. He was so beautiful. Who actually looks like this in real life?

Be warned: You’ll want to watch a polo game after this book in the hope of finding your own Sebastian.

Content advisory: Rapid heart beating from all the build up!

Published by Allen and Unwin.